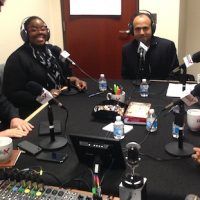 Brian Dally and Nick Bhargava with Groundfloor, Jennifer Falk and Annika Garbers with Girls Get IT, and Denise Reese with WITrhondachale
Download Audio 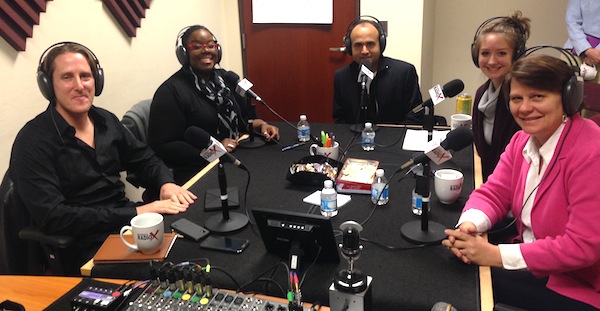 Brian Dally is a co-founder of GROUNDFLOOR and serves as CEO. He is responsible for marketing as well as setting long term direction and goals for the company. Brian has 15 years of disruptive technology startup experience in Silicon Valley, Boston, London and the North Carolina Triangle region. Previously, he led the launch of Republic Wireless to take on the big four cellphone carriers to international acclaim. As a result, millions more Americans can now afford a smartphone. Brian has a JD from Harvard Law School, an MBA from Harvard Business School, and a BA with Highest Distinction from the University of Virginia.

Nick Bhargava is a co-founder of GROUNDFLOOR. He leads for product development and is responsible for regulatory strategy. An expert in securities law, Nick was heavily involved in the JOBS Act as an early pioneer who advanced the concept of crowdfunding. Nick and Brian met through Groundwork Labs at Durham startup hub the American Underground. His years in finance have included work for the Financial Services Roundtable, SEC, FINRA, TD Waterhouse and RBC Financial Group. Nick received his LLM at Duke University School of Law and holds a BS in Biological Sciences and Business from the University of Alberta.

Jennifer Falk is with Scintel and sponsored Girls Get IT – WIT.

Annika Garbers was selected as this year’s WIT Girl of the Year.

Annika is a high school student who plans to attend a technical college for degrees in systems engineering and project management.

She co-captains and serves as lead programmer on a Girl Scout-sponsored FIRST Robotics team which has represented Georgia at the FIRST World Championship and has been in the top three teams in the state for the past three years.

Annika also serves as Editor-in-Chief for two online magazine websites, and has presented instructional sessions at DrupalCamp Atlanta since 2010.

Denise is passionate about serving in the community and embodies the qualities of a true Servant Leader. She served as Board Chair of the University Community Academy Board of Directors from 2009-2012. She is serving her second term as Vice President for The Women in Technology (WIT) Foundation Board, the philanthropic arm of Women In Technology, Inc. Additionally; she serves as Executive Advisor to WIT’s “WIT on Campus “ Program and is also responsible for developing Strategic Relationships for The WIT Foundation. Denise also had the honor of being a contributing author to WIT’s leadership book CLIMB: Leading Women in Technology Share Their Journey’s to Success. Additionally, Denise serves on the Board of Directors for Cool Girls, Inc. where she has held positions as both Board Development and Resource Development Chair. She was also Event Chair for Cool Girls’ signature fundraiser, Hot Pink Party 2013. She also had the privilege of being a 2012 Girls, Inc. “Strong Smart and Bold” Award Nominee and was recently bestowed the honor of serving on the Judges Panel for Distinguished Young Women’s (formerly Junior Miss) 2013 National Finals. Denise was also a Founding Board Member and Director of Development for the Greater Atlanta Professional Chapter of Women MBA’s International, formerly known as NAWMBA – National Association of Women MBA’s.