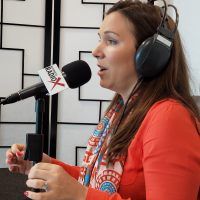 Welcome to Daring To, a podcast that finds out how CEOs and entrepreneurs navigate today’s business world – the conventions they’re breaking, the challenges they’ve faced and the decisions that they’ve made, and lastly, just what makes them different. 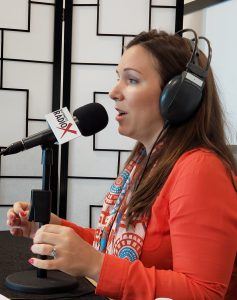 Jenn Graham is the founder and CEO of Civic Dinners, an award-winning civic engagement platform that brings diverse voices together over food for conversations that matter. Civic Dinners works with cities, regions, government agencies, foundations, nonprofits and companies to design and launch community conversations that spark real and lasting change.

Jenn is also the founder of Aha! Strategy, a social innovation design firm working with nonprofit and government leaders at the national, state, regional and local level to design issue-based campaigns and interventions that drive positive social change.

Her work has received recognition from President Obama, The White House, The Atlantic, Atlanta Magazine, Creative Loafing, Atlanta Business Chronicle, American Planning Association, Urban Land Institute and the Public Relations Society of America. In 2016, Jenn was recognized by the Atlanta Business Chronicle as one of the 40 under 40 and graduated from the Regional Leadership Institute Class of 2016. She was a 2017 New Leaders Council Atlanta Fellow, a 2018 Civic Innovation Fellow, and is currently one of the 15 women entrepreneurs as part of the 2018-2019 Women’s Entrepreneurship Initiative led by the City of Atlanta. And she is a 2019 Civic Innovation Resident with the Center for Civic Innovation, funded by the Sara Blakely Foundation.