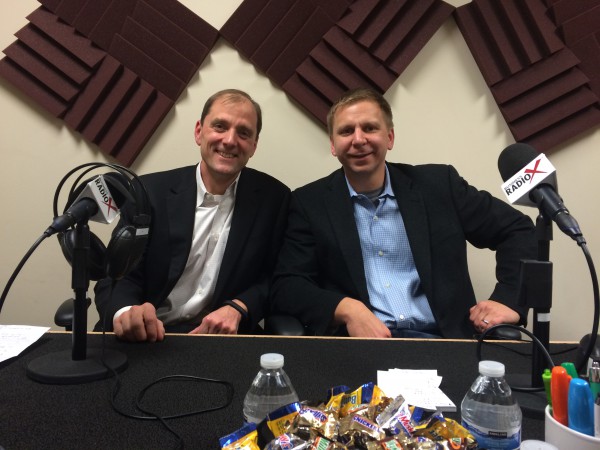 This episode covers the growth of mobile: the biggest milestones, and where mobile is headed. We work to define mobile while pinpointing keys for mobile success in any industry and talking about ways in which mobile is transforming consumer and business behavior. Learn more about Atlanta’s place in the global marketplace for mobile technology leadership and find out where things are headed. How is mobile technology going to change in the next year alone?

Prior to this role, he served as President and CEO of LSN Mobile, an entrepreneurial mobile advertising company with national scope focused on the local media industry. There, Gump focused on repositioning LSN, leading to a September 2014 asset sale to Raycom Media.

Gump served as Vice President, Mobile, at CNN from 2009 to 2013, where he led a cross-functional team of over 30 people that developed a comprehensive global mobile strategy, rolled out a transformative product line, and built a new mobile ad revenue stream.

Gump served in multiple roles including Vice President, Mobile, for The Weather Channel from 2001 to 2009. During this time, he led the transformation of The Weather Channel’s overall mobile business, including multi-million dollar product teams that fundamentally defined the future of mobile weather applications and web sites.

Gump is a strong mobile industry voice. He served on the board of the Mobile Marketing Association for over a decade, where he held various leadership positions, including Global Chairman and Treasurer. An active speaker and thought leader, Gump has made a range of keynote speeches and has been widely cited in business and trade media, including The Wall Street Journal, USA Today, TechCrunch, Mashable, GigaOm, Mobile Marketer, Broadcasting and Cable, and Advertising Age.

Gump earned a Bachelor of Arts degree in Comparative Area Studies/East Asia at Duke University and later an MBA at the University of Virginia’s Darden School of Business.