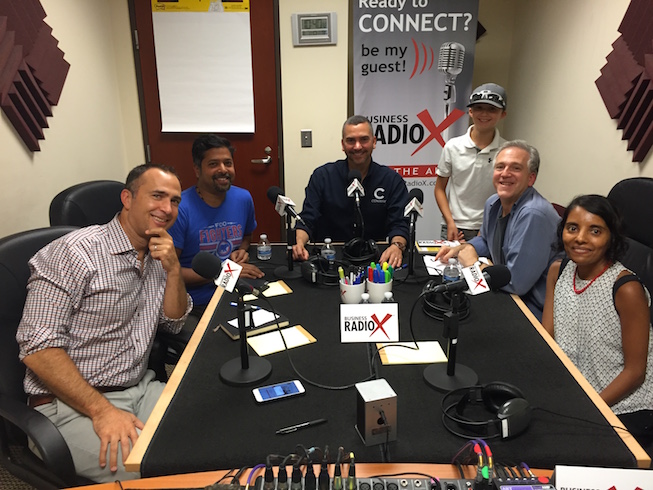 K.P. Reddy is a venture capitalist, angel investor, and AEC space expert with over 20 years of experience in disruptive innovation. He is a globally-recognized expert on advanced technologies including Building Information Modeling (BIM), Collaborative Communication, Artificial Intelligence, Mobile Applications and Cloud computing. Currently K.P. is the CEO of SoftWear Automation Inc, a leading developer of robotic sewing automation that promises drive down the cost of apparel and textile manufacturing while increasing quality and speed to market for retailers. He also serves as  Partner at The Combine. The Combine partners with enterprise organizations and technical founders to convert their promising intellectual property into viable, scalable businesses with a strict focus on achieving aggressive IRR and multiple targets.

K.P. is a respected expert in helping organizations accelerate change and growth through his highly sought after coaching and startup catalyst programs. IBM, Coca-Cola, UPS, and Cox Communications have all enlisted his services. He served as the Interim General Manager for one of the country’s top startup accelerators, Atlanta’s Advanced Technology Department Center at Georgia Tech.

In 2012, K.P. published BIM for Building Owners and Developers, a book on the adoption of advanced technology in the infrastructure space employed by leading companies and universities.

K.P. is also a prolific public speaker delivering addresses to audiences at universities across the U.S., various tech and startup events in the Southeast, and SXSW.

Adam Jones-Kelley is a leading expert in cross-border investment and corporate expansion strategy. He has worked with Conway, Inc., for 17 years and served as President for four. Prior to becoming President of Conway Adam managed the award-winning international magazine Site Selection.

He has broad experience in economic development publishing and marketing, has been a featured speaker at events around the world and has been interviewed for various news media in the US and Europe. Adam has consulted for dozens of government economic development agencies on six continents, helping them position themselves to attract domestic and foreign corporate investment and create jobs.

Adam is also an accomplished writer, having produced original content for Site Selection magazine, OnSite Travel and The FDI Report.

Over the last four decades Adam has visited 80 countries, 78 of which he’s really enjoyed. A deadly parasite in Ghana nearly killed him, as did stepping in front of a tram in Prague, adventures which he dutifully chronicled for the aforementioned OnSite Travel.

Adam grew up in Atlanta, Georgia and Auckland, New Zealand. He and his wife, renowned photographer Soo Jones-Kelley, reside in Peachtree Corners, a suburb of Atlanta where they’re raising a pair of rambunctious kittens.

This idyllic life leaves Adam a little restless. He’s an avid adventure-sport enthusiast who enjoys activities such as bungee jumping and diving with sharks, and does philanthropic work for endangered and abused animals.

Building upon his decade of big law experience with the reputable firms of Fisher & Phillips and Bryan Cave (formerly Powell Goldstein), and demonstrating the same entrepreneurial drive he admires in his clients, Todd founded Stanton Law LLC in Atlanta, Georgia. Seeking to combine the quality of large firm representation with the flexibility, responsiveness, and cost-effectiveness of a nimbler shop, Todds practice remains dedicated to the employer side of the employer-employee relationship. From on-boarding new talent and assisting with the development of workable job descriptions, personnel policies, and compensation plans, to guiding clients through sticky disciplinary, performance, and leave issues, to executing respectful and amicable separations, Todd provides practical bottom line-oriented legal advice to small and medium-sized employers.

As legal counsel, Todd is focused on helping companies avert employment-related issues without sacrificing managerial efficiency. In most instances, a proactive approach to employment issues can prevent months of disruptive headaches down the road. When the inevitable disputes do arise, however, his litigation experience allows his clients to consider all available options to efficiently resolve the problem. He regularly represents employers in state and federal courts and before administrative agencies such as labor departments, equal opportunity and human rights commissions, and employee safety administrations.

Manori de Silva is qualified as an attorney in England (solicitor) and the United States. She has spent the last decade assisting businesses and executives with a variety of employment and commercial matters. Manori uses her understanding of cultural differences to help European companies to do business in the United States and American companies navigate the complex web of worker protections in Europe. She also represents clients in actions to have foreign country monetary judgments recognized in the United States. Following her studies at the Royal Conservatory of the Netherlands, Manori worked as a recording engineer as well as writing music and editing radio and television commercials for large businesses in the Netherlands. She then attended law school in the U.K. and subsequently joined the London office of an international law firm, where she advised global brands and senior executives on hiring, termination, discrimination, redundancy, and dispute resolution issues. After moving to the U.S., Manori passed the Georgia Bar and worked for a boutique firm in Atlanta, providing counsel for the U.S. subsidiaries of European businesses on a variety of commonly encountered legal areas; these included hiring, termination, non-disclosure agreements, restrictive covenants, company policies, and discrimination. Manori is fluent in Dutch and proficient in French.