Business RadioX is pleased to announce that Amanda Pearch, the Chief Marketing Officer (CMO) for the Business RadioX studio in Gwinnett County, has been named as one of the Gwinnett Young Professionals (GYP) 35 Under 35 Award Recipients. The awards were announced recently during the organization’s annual party celebrating the mission behind GYP and the thriving young professionals in the community. 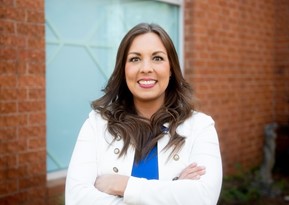 In her leadership role as the Chief Marketing Officer (CMO) with Gwinnett Business RadioX, Amanda has taken the studio’s brand awareness to new heights while creating new strategic business relationships. She also serves as an on-air host of the “Celebrating Powerhouse Women” series and is an occasional guest host on “Gwinnett Business Radio“. She has a tenured career in sales and marketing, specializing in brand awareness and driving engagement. Energizing and engaging, she is an active participant within the business community and you can often find her at business networking and civic events. Amanda currently serves on the advisory boards for Gwinnett Young Professionals and the Hudgens Center for Art & Learning. Read full article.

Assisting Small Businesses in Atlanta and Beyond 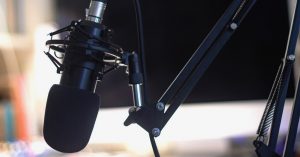 According to the U.S. Small Business Administration, there are more than a million small businesses in Georgia, representing over 99% of all companies in the state. Coming out of the pandemic, a number of resources are available to help owners bounce back.

Among the resources gaining popularity with a growing audience is the Sandy Springs-based Business RadioX, a podcast network that now has studios in 16 states.

The network itself is a local success story and the goal of its podcasts is to help business leaders share the work they’re doing to serve their communities. Read full article. 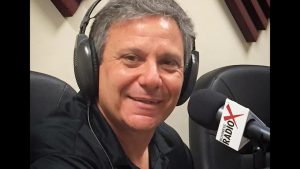 Lee Kantor was onto something when he co-hosted “Dr. Fitness and the Fat Guy” in 2007.

In those early days, it was called internet radio and Kantor and Adam Shafran featured fitness and wellness gurus such as the late Jack LaLanne and Denise Austin who discussed their books or DVDs at the time, Kantor said.

Kantor, who describes himself as an introvert, was “the Fat Guy” and Shafran was “Dr. Fitness.” Their schtick was somewhat of a comedy show, Kantor said.

“We were one of the places (the experts) would go to tell their stories,” he said. “I saw this was an effective tool to build relationships.” Read full article. 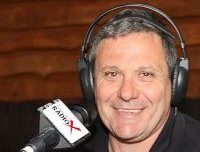 Today we’d like to introduce you to Lee Kantor.

Alright, so thank you so much for sharing your story and insight with our readers. To kick things off, can you tell us a bit about how you got started?

I founded Business RadioX® with the intent to create a media platform that supported and celebrated the small to mid-sized business leaders in Atlanta. I felt that the smaller players tended to be ignored in traditional media and I wanted to build a network where their stories could be told and that their work could be shared and appreciated.

One of the guests (Stone Payton) on one of the shows I produced (Atlanta Business Radio) became a client then became my business partner. Together, we are expanding the Business RadioX® network around the United States by partnering with like-minded entrepreneurs who want to serve their community by becoming the “Voice of Business” in the markets they live in. Read full article.

Business RadioX®: Raising the Voices of the Business Community 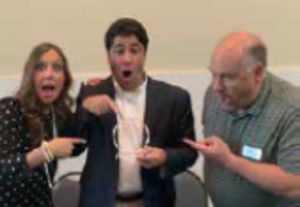 In the best of times and in the worst of times, one thing is true for all business owners: they need an outlet to let their voice be heard.

While each business address-es this need in its own way, there are several Gwinnett businesses that have taken advantage of one of the best resources in town to get their message to the community.

It might not be what you think it is – unless, of course you were thinking of Business RadioX. Read full article. 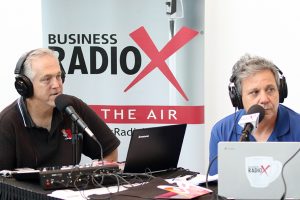 Have you ever wanted to create your own podcast? How about one that brings in $100k/yr. while helping small businesses grow?

Then you should meet Lee Kantor, founder of Business RadioX, an Atlanta-based small-business radio/podcast network that can be replicated in any market.

What started as an Atlanta radio show––Mr. Fitness and the Fat Guy––has evolved over the past decade into a 9-city franchise, with plenty of room to grow. Read full article. 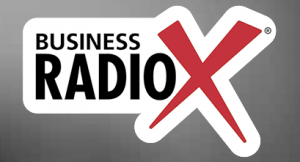 Finding investors and potential customers for your new startup is no easy task. However, having your small business featured on the right platform can make all the difference, and our guest today knows a thing or two about branding on a large scale.

Joining us today, is Mike Sammond, owner, producer, and host of Business RadioX®, one of the fastest growing online radio networks in the country.

Business RadioX® aims to be the voice of business in all of the communities that they serve. Like ASBN, Mike believes that small business is the backbone of every town or city.

Mike explains, “There’s so many great business people out there that are working hard every day; we want to help share their story and get it out there.” Read and/or watch the full interview here.