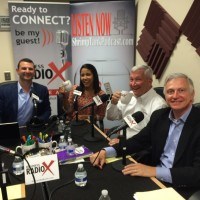 James (Jim) Hall serves as the CEO of Triatek and has over 27 years of experience in the healthcare industry. He led an investment group that purchased the assets of Triatek in 2008 and successfully transformed the company into an international leader in the critical environment airflow controls industry.

He is an accomplished executive with a proven track record of increasing sales, developing organizations, and exceeding objectives for Fortune 500 companies, start-up ventures, and privately held organizations. Jim has served in leadership roles at several healthcare companies including US Surgical Corporation (which was later acquired by Tyco), ViaCirq, Prism Controls, and MAST Biosurgery.

Thanks to Jim’s strong leadership, Triatek was named a “Small Business Rock Star” by the Georgia Department of Economic Development and the Georgia Economic Developers Association, saluting the innovations and contributions of the company to the economy. Jim also represented Triatek at the Georgia Capitol during the ceremony where Governor Nathan Deal proclaimed Georgia’s first ever “Small Business Week.” He was also named the 2014 “Business Person of the Year” by the Metro Atlanta Chamber of Commerce.

Jim volunteers as a member of the Distinguished Clown Corps for Children’s Healthcare of Atlanta, and also as a speaker for the University of Georgia Terry School of Business Leadership Speaker Series. He is an active member of ASHRAE® and received his Bachelor of Arts in Political Science from College of the Holy Cross. He enjoys disc golf, regular golf, and playing bass in several local bands.