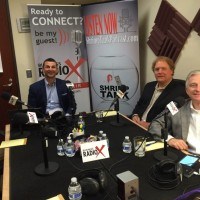 Ted Kolwicz, President of Kopier Net, has been in sales and management for over 40 years within the corporate world and now owning his own business, brings large company “know how” and experience to small to medium companies who want the “personal touch” included in their business solutions.

Ted was born and raised in Danbury, Connecticut. He graduated from St. Leo’s University (Florida) with a BA in Criminology. Ted began his sales career selling copiers for Lanier Worldwide in Clearwater, Florida. He was relocated to Atlanta in 1992 as Vice President of Sales for a local Lanier Dealership. In 2000, he bought an existing copy company called Kopier Net, which was generating $250,000 per year, and in the last 16 years has grown the total revenue of the business to over $3,000,000+ with 16 employees!

Kopier Net specializes in meeting the needs of the surrounding Atlanta area with effective document image solutions by offering high quality products and service at low cost alternatives. Providing maintenance and sales support for most Konica Minolta, Kyocera, Brother and Ricoh copiers, printers and scanners and wide-format plotters. Kopier Net strives to provide their customers with the best level of maintenance and support with the most experienced service technicians, sales representatives and support staff.

Ted lives in Roswell with his wife Kerri and three children: Meghan, Samantha, and Thad. Outside of the business world, Ted donates his time to several charities; He serves on the board of the Family Preservation of Uganda and Safe America’s Welcome Home Heroes Foundation.