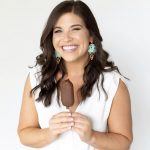 Skye Estroff, Owner of Skye Estroff, LLC,  started her company to help connect people through food. She has always been a food enthusiast – she began experimenting in the kitchen at age 3, won awards for her food photos in high school, and majored in Dietetics at the University of Georgia.

Skye worked for Atlanta Eats directly after college and maintained her roles in sales, marketing and social media. Soon after, she began working on camera, appearing on “Atlanta Plugged In”, which featured several local restaurants.

Throughout Skye’s jobs in Atlanta’s food space, she has become an expert in Atlanta’s best food. She is a regular contributor on “Fox 5 Good Day Atlanta. She also appears on “Public Affairs on Peach.

Have you ever wondered what drives an individual to become a news anchor, reporter, tv producer, journalist, or anyone who works within the media field?

Media Minds is here to answer all of you questions! Media Minds is a discussion held between the minds behind the media. These conversations will bring awareness to the various journeys these media driven individuals have gone on to be successful within their field.

These conversations will dive into the inner workings of the media, and touch base on just about everything you were once curious about.

Media Minds brings awareness to the creativity and brilliant concepts that we all love, while establishing a new found appreciation for the art. 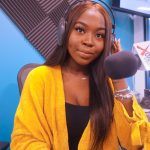 Sanjay Toure is a broadcast journalist and founder of Media Minds on the Business RadioX platform. She is involved in all things media, from radio, television, to print media.

Her passion is all about communication and getting to know individuals on a deeper level, while cover stories that mainstream media does not highlight.

Connect with Sanjay on LinkedIn.