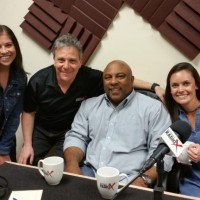 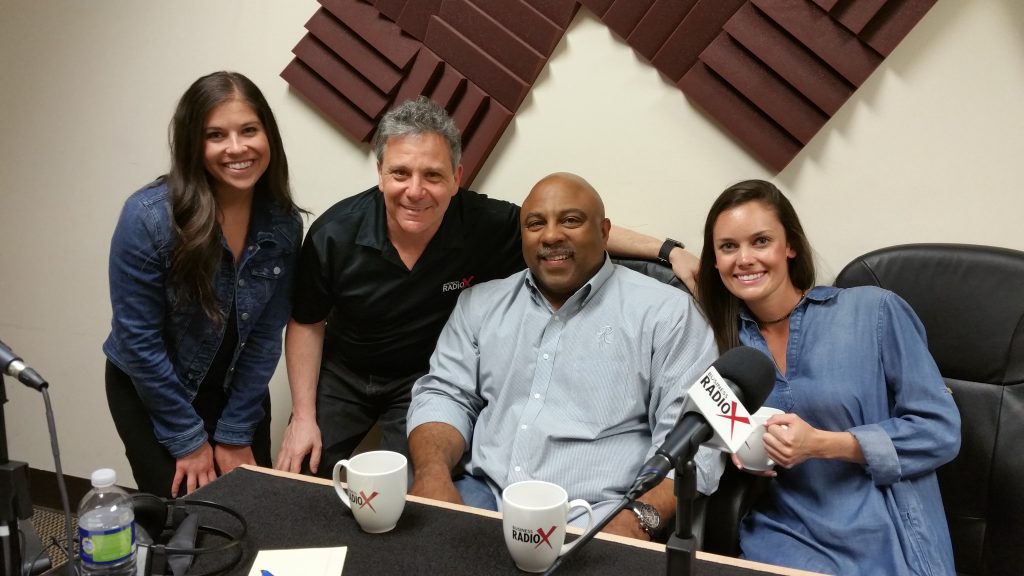 Skye Estroff is the marketing and media manager for Atlanta’s largest food festival, Taste of Atlanta. Skye manages all TV, radio and print media relationships, as well as strategizing and planning all social media. She is an Atlanta native, a University of Georgia graduate and an expert in Atlanta’s best food.

Food that Rocks: For one night only, more than 20 of Sandy Springs’ favorite restaurants will be rocking the big tent in Hammond Park, in the heart of Sandy Springs. This all-inclusive event will provide you with food, wine, beer and cocktail tastes from local mixologists, local musicians and will benefit Sandy Springs-based charities Second Helpings, Ian’s Friends Foundation and the Georgia Ovarian Cancer Alliance. Follow on Twitter and Facebook for more information.

The idea for the Rize concept was born from John Smith’s passion for pizza and a desire to build a great company. Smith was used to moving frequently during a nomadic childhood. “My father was in the Air Force, and I lived overseas as a kid and in 15 different states as an adult,” he says. “Everywhere I’ve moved, I would look for a great pizza place. Although it was frustrating to have to find a new favorite every few years, it made me realize there was an opportunity nationally to create the Rize concept.”

This desire to find a little slice of home no matter where he traveled stuck with Smith as he went on to earn a Master of Business Administration from the Harvard Business School and a Bachelor of Science in electrical engineering from Temple University, catapulting him into an extraordinary professional progression.

John’s career experience began with companies such as General Electric, IBM and McKinsey & Co. After heading up another private equity-backed retail venture, Smith went on to be a senior principal for Diamond Cluster International and executive vice president of marketing and sales at HealthAxis Corporation.  He then became the director of corporate strategy and store operations for Target Corporation. After four years with Target, he joined Collective Brands, Inc., the $4 billion parent company for Payless Shoesource, Striderite, Saucony and Sperry Topsider brands, where he progressed rapidly from heading corporate strategy to leading the global store development and procurement organization with over 5,000 locations across North, Central and South America and the Caribbean.  He eventually was tasked to run all retail operations for one of the key divisions, leading the turnaround of a critical $250 million retail business that encompassed 400 stores across multiple brands, e-commerce and 2,200 team members. Smith’s next leadership role would take him into the hospitality industry, beginning a six-year career at Caesars Entertainment Corporation as regional president.

Smith’s skill set lies in his ability to relate to everyone at every level of the organization.  When joining Caesars, Smith decided to work in every aspect of the business and beside his team so he could hear their frustrations firsthand.  He then set out to address those frustrations. This is precisely how he was able to turn Harrah’s Resort in Atlantic City, which was the second largest Caesars casino outside of Vegas, improving profitability in a declining market while achieving the highest customer service scores in the company’s 30-year history.

Now, he finds inspiration for the culture he hopes to build at Rize by reflecting on these past career experiences. As the entrepreneurial spark that started the concept, Smith has always been the one to ask “why not?” Although he is leading the effort to build the brand and company from soup to nuts, his vision for Rize begins with his perspective on how to build a great service-based company.  To his mind, it starts with the culture and how team members should be treated. “Hospitality comes from the heart,” he says. “We are selective in who we extend an offer to join the Rize Nation to ensure each team member sincerely cares for and wants to serve others. That sincerity gives our staff a different energy and spirit than someone who is simply going through the motions of preparing or delivering food.”

John currently lives in the Sandy Springs area of Atlanta with his wife and four children, and dedicates his spare time to the Muhammad Ali Center and the Boys and Girls Club of America. As a past devoted board member for both organizations, Smith infuses Ali’s humility and desire to serve others into his business acumen at Rize and sees local involvement as a way to give back to the community.