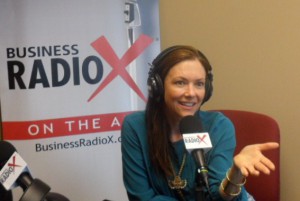 Founded by Mary Blackmon, Farm Star Living  is the new lifestyle brand that celebrates American farming and farmers with a goal to satisfy Americans eager to know who’s behind their food, where it’s grown, and how to support local farmers and farm-fresh food. Farm Star Living has also launched its free Farm Star Living app, which provides easy, quick access to hundreds of Farm-to-Table restaurants in major cities throughout the U.S. as well as hundreds of farms open to the public for exciting activities and fun. The web site  also offers insight into the vibrant farm- to-table scene, including a farm-to-table finder, profiles on great restaurants, the symbiotic relationships between chefs & local farmers, seasonal produce with spotlighted recipes, and a look at what’s trending in the kitchen of chefs.

Mary is a 3rd generation farmer from Arkansas, who left her hometown to pursue college and a career in advertising sales and marketing in Los Angeles, Atlanta and New York City. She worked for publishing houses and internet companies (Wired, Walt Disney Internet Group, Vivendi-Universal Internet Group). In NYC in 2002, she founded Spa-Addicts.com, the first national discount site for the spa & wellness industry. She grew it into a multi-million dollar business and a leader in the industry, and attracted hundreds of thousands of women as well as sponsors including Procter & Gamble, Johnson & Johnson, General Motors, Kimberly Clark, Allergan, AMEX etc.

In 2008, however, she learned most of her family farm bordering Ark / LA would be sold. Not wanting to lose the family heritage and farmland her family before her had so cherished, Mary, along with the support of her brother Douglas, was adamant to preserve and keep the remaining farmland. She then began making changes in her life so that she could move from Los Angeles back South in order to keep, operate and run the farm. She bought back her grandparents house and renovated it, and discovered that “saving the family farm” had changed her life forever – and for the better. Today she admits that she is happier than ever & inspired, loving the farming business and now launching Farm Star Living, which she felt compelled to create for the good of farming and the people she has met along her new path. She hopes that Farm Star Living will provide farmers the respect, acknowledgment and support they so deserve and attract new farmers as well as support the current ones. 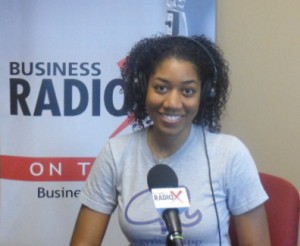 Myiah Hughes is the Co-Founder of GyrlTalk App. GyrlTalk is a mobile social network created to serve as the primary communication suite for women and female driven groups and organizations. GyrlTalk enhances the social networking experience for a nice market, providing users a sleek and customizable interface that allows their conversations, expressions and soirees to meet seamlessly in the digital space. GyrlTalk automates keeping in touch with your girlfriends, offering a softer solution than putting her on your calendar. Additionally, GyrlTalk is committed to capturing the unique expressions of a diverse group of cultures and styles through its exclusive 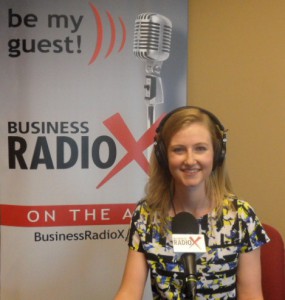 Camille Cooper is the Chief of Staff for Endevvr, a summer business incubator for high school students which will be hosted on Georgia Tech’s campus this summer. She is currently finishing her last year at Kenan-Flagler, University of North Carolina- Chapel Hill’s School of Business, where she is an active participant in Alpha Phi Omega, a national service fraternity and Career Peers, the student arm of University Career Services. She has spent considerable time building and growing the entrepreneurial community at UNC, by leading teams to victory at local case competitions and redesigning first-year interaction with Career Services.

Camille’s exposure to the startup world began last summer when she joined the Endevvr leadership team at their pilot program in Boston, where she saw firsthand the kind of impact entrepreneurship can have on individual lives. Not only did she wear many hats herself (from Operations to Finance to everything in between), she also served as a coach and mentor to 30 students who were developing their own businesses over just a few short weeks. This year, Camille is taking on an even bigger leadership role, helping to build out a large part of the curriculum that teaches tactical, real-world skills like making resumes and writing for business.

In summary, Camille is on a personal and professional mission to make entrepreneurship education accessible to everyone – a mission she shares with the entire Endevvr team. As a young entrepreneur herself, she believes entrepreneurship is a skill and mindset that can be developed over time, and is eager to help cultivate those skills in high school students. 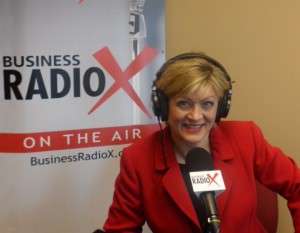 Cathy Hankinson has a passion for helping people. As a powerful results-driven leader, her expertise is in creating Make-over Strategies that result in a roadmap taking you from where you are now to where you want to be with your business, life and money. Cathy spent her career building a solid, expansive network of trusted experts. She brings together people and resources to create powerful results.

Having become a Make-Over expert in the areas of image, money, and other life and business skills, Cathy created the Make-over Matrix™. She is also the Inventor of IMPACT The Money Mastery Game™ – the board game where players can play their “way to wealth.” It is a game that anyone can understand, regardless of education or experience. It is full of success principles for business, life and finances that many of us wish we had known sooner. That game recently became the catalyst for an upcoming new TV reality series, Project Launchpad.

As Executive Producer and Host, Cathy created a show where small business owners across the U.S. are the stars. This series showcases the riveting journeys of real people working to make their dreams a reality, their business into a success as a team of business experts guides them along the way. Share the triumphs, and the disappointments, faced throughout the journey of a typical entrepreneur.

Cathy’s is on a Mission to educate people of all ages on foundational success principles for money, business and life. Her greatest passion is to educate, inspire and empower people to be able to have freedom, choices, peace of mind and happiness. As a catalyst in the transformation process, Cathy hopes to empower others to unleash their full potential and become a greater contribution to our world.