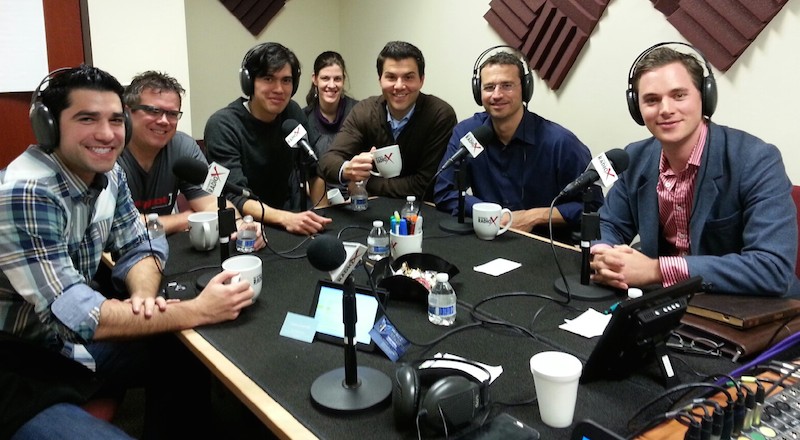 Attendalytics offers analytics for trade shows and conferences by combining location data with anonymized demographics to provide actionable insights to event organizers. Attendalytics is the brainchild of Lance Gleason, who took his idea to Atlanta’s Startup Weekend in late November 2014 and joined forces with a talented team to create a proof of concept. The team placed third locally and proceeded to the regional and ultimately the global competition, where it placed third out of the top 12 teams in the world.

Lance Gleason has 20 years of software development experience and is also the founder of Polyglot Programming, a local dev shop focused on Ruby on Rails, big data and Mobile projects.

Adam Wexler is the Founder of Insightpool, The Leader in Social Engagement Activation. The software helps many of the most innovative brands in the world like Home Depot, Intercontinental Hotels Group and General Mills drive their social goals and develop stronger relationships with their most relevant influencers, prospects and customers.

Over the years, Adam has been invited to speak in front of thousands of event attendees and students about subjects such as social media and entrepreneurship. Additionally, Adam has written for a wide variety of publications such as The Huffington Post, Digiday and Direct Marketing News. At different times, Adam has also been the voice behind numerous brands on social media including Sprite, NCAA March Madness and Cracker (the band).

Wexler graduated from The University of Georgia with a focus in Leadership studies.

Todd began his career as a software engineer at NCR before taking on product development leadership roles at Radiant Systems and BlueCube Software. In 2005, he entered the games industry when he co-founded Hi-Rez Studios, a creator of online action multiplayer games. Hi-Rez released the first free-to-play game on Steam in 2010, followed by the critically acclaimed shooter Tribes: Ascend in 2012. Todd and Hi-Rez are currently working on the mythology themed, 3D MOBA SMITE which has over 5 million players. Todd has spoken at numerous game industry events including gamescom, GDC, PAX Prime, PAX East, PAX Australia, Dragon*Con, and SIEGE.