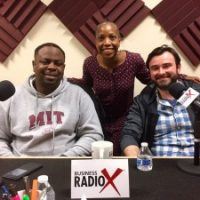 Andrew Ryan with MemberSuite, Tarby Bryant with The Gathering of Angels and Jason Michaud with MacStadiumrhondachale
Download Audio

Andrew Ryan serves as the CEO and Chief Geek at MemberSuite, an Atlanta-based association management software provider. With a background in software development and cloud computing,  experience in the association and no-profit marketplace, and a passion for entrepreneurship, Andrew was driven to create a product and a business model that reflected the growing needs  of associations.

Before founding MemberSuite, Andrew polished his leadership and technology skills with companies such as Bloomberg and Northrup Grumman. As his role transitioned from developer to CEO,  Andrew understood the necessity of an outstanding product to accompany a hardworking team.

Andrew wrote his first line of code at the age of six and a half, graduated from Massachusetts Institute of Technology with a degree in Computer Science and Electrical Engineering, and can still be  found writing code.

Tarby Bryant / The Gathering of Angels