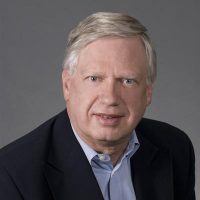 I. Sigmund Mosley, Jr. is President of Imlay Investments, Inc. and is Chairman of the Atlanta CEO Council. Mr. Mosley received his Bachelor of Business Administration from Emory University in 1968. From 1968 to 1969 Mr. Mosley was employed by Peat Marwick & Mitchell as a staff accountant. He joined Management Science America, Inc. in 1969 as a staff accountant and served as Secretary-Treasurer from 1972 to 1990 and was a Vice President from 1982 to 1991.

Mr. Mosley was born in 1946 and has six children. Hobbies include golfing, coin collecting and reading.

Harriett’s background is in communications and strategy, having worked as a writer, editor and producer in television, marketing manager for hardware and software companies and consultant to public relations firms on client strategy and messaging. Harriett has been an active leader in numerous civic organizations focused on strategic planning.

She graduated from the University of Georgia with a degree in Journalism.

Tracy Crump serves as the Executive Director of GCLA, the Georgia CIO Leadership Association. The GCLA is Georgia’s preeminent professional association for senior technology leaders. The GCLA exists to provide a forum to share ideas, best practices and experiences relevant to CIOs. It is committed to creating opportunities for Georgia CIOs to engage in substantive, issues-based discussion related to their industries and profession. The organization promotes industry growth and professional development by hosting luncheons, round tables and executive events that facilitate valuable interaction among senior-level experts as well as the Georgia CIO of the Year® Awards community-wide annual event.