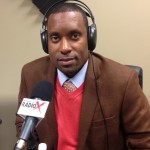 The Atlanta Business Journal is proud to serve as a catalyst for a new generation of business owners, a valuable trend indicator for established African American and minority businesses. Their digital and print publication represents over 22 years of dedication to help generate awareness about the positive changes and collective success of local and global businesses. 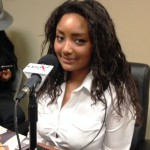 Sytonnia INC. is an umbrella created to add structure to all of TV and Radio host Sytonnia Moore’s endeavors, but the company quickly molded into a multimedia broadcasting, production and communications business. Still in the beginning phases, Sytonnia INC. has developed several divisions in a short amount of time and covered extensive ground in areas including, but not limited to, sports, entertainment, film, television, production and press with the Sports Wire, Sytonnia Live, The Media Firm and The Moore Help Foundation of Atlanta. Sytonnia INC. is set to be one of Atlanta’s premiere media outlets for lifestyle coverage, sports, entertainment and philanthropy 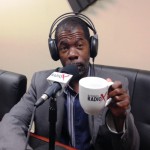 He’s funny, he’s real, and he’s the man Y’all Don’t “Know nothing about Damn Jemmerio”! With over 30 years experience in entertainment field as a professional comedian, actor, and voiceover artist in television, films and live shows, Jemmerio is one of the nation’s funniest entertainment comedians in the country.

Jemmerio’s entertainment career started back in the early 80’s while in high school doing talent shows around Metro Atlanta. His success led him from talent shows to night clubs and then on to the big screen and television. He has had numerous appearances on B.E.T. ComicView, and has also performed on Russell Simmons’ Def Comedy Jam, and NBC’s In the Heat of the Night and Matlock. On the big screen, Jemmerio has starred in the films “Big Ain’t Bad”, “Pay the Price”, “Glory”, “Free Jack”, and “Robocop 3”. His voice talents include “Heaven Movie” and “Roll Out the Red Carpet”, both by Sony Music.

Jemmerio’s talents don’t stop there, as he has also been featured in music videos by the Eastside Boyz and Bizzy Bone. He is a writer and producer whose writing credits include BET’s ComicView. He was an Associate Producer for Big Ain’t Bad and was the stage manager for “I’m Every Woman” Stage Play and “America’s Heroes Celebration” starring T.I. Ashanti, and Eve. In 2013, Jemmerio was awarded the Urban Vision Achievement Award for his 30 years in the entertainment business.