David White with Develop CENTS, Alex Lavidge with The Company Lab and Eric Widner with Renewal by Andersenrhondachale
Download Audio 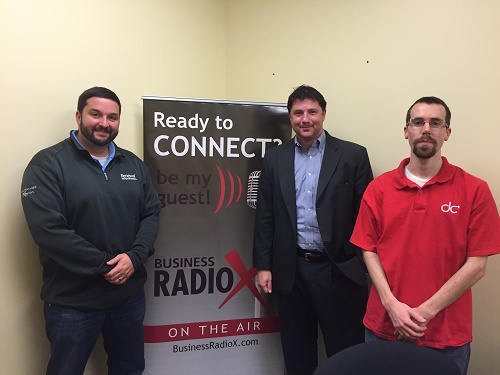 David is the Founder & CEO of Develop CENTS. He had a dream to put his IT knowledge and experience to use for nonprofit organizations and small businesses dedicated to improving their communities.

After graduating from Covenant College with a B.A. in Community Development, David spent a year working for AmeriCorps in Boston, followed by a stint at a Drupal services company. He then returned to Chattanooga, where he spent two years as an Internal Technical Support Specialist and Infrastructure Engineer before launching Develop CENTS in 2013, making his dream a reality.

Alex Lavidge is an Entrepreneur-In-Residence (EIR) at The Company Lab (CO.LAB), a Chattanooga-based organization that helps entrepreneurs identify the strategic resources and relationships they need to scale. Previously Lavidge was the Director of GIGTANK 2015, a nationallyrecognized accelerator program that brings together high-growth startups (identified as needing high-speed gigabit internet to build and grow) together throughout North America and Europe. The serial entrepreneur and investor was previously VP Business Development at Variable, a global leader in color referencing technology (using NODE+ sensors) for smart devices based here in Chattanooga. Fast Company magazine in 2011 also once called his efforts in building stronger entrepreneurial communities in East Tennessee as one of the top 50 “brilliant urbanites helping to build the cities of America’s future.”