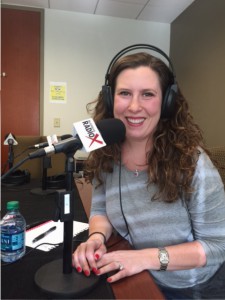 Whitney Nicely is a native to Knoxville, TN. She graduated from the University of Tennessee in 2007 with a Bachelor of Arts in Communication.

Whitney defines herself as a self-motivated individual with a passion for exceeding goals and delivering exceptional results. She has a proven track record for establishing value based relationships built on trust, honesty, and strong ethical principles.

Whitney found a connection with real estate auctions in her teenage years by attending Saturday sales with her parents. They didn’t “win” the first house auction she visited, but Whitney was hooked. In May 2015, Whitney became the Principal Auctioneer for Nicely Done Auctions, LLC.

Whitney has auctioned properties from 1 acre with a house to 215+ acres of rolling hills.

Whitney is also the Principal Broker with Whitney Buys Houses, LLC. Whitney Buys Houses is more than a company name. It’s a fact! Whitney has purchased over 15 houses in 2015 by paying CASH, Lease with Option, taken over debt or she has received Owner Financing.

Whitney’s favorite house is a Vacant house.  She has several strategies to acquire unwanted properties. If you need cash within 60 days, call Whitney. She buys houses! 865-309-4500.