John Seay is an entertainment, intellectual property, and business lawyer, and the founder and principal of The Seay Firm LLC, a law firm based in Atlanta, Georgia, at the Goat Farm Arts Center. As an artist himself, John has over a decade of experience as a musician, tour manager, and writer. John is also Of Counsel in the entertainment and media practice group in the Nashville, Tennessee, office of Loeb & Loeb, one the largest and most comprehensive entertainment and media practice groups in the world.

Before founding The Seay Firm LLC, John worked for Turner Broadcasting and drafted and negotiated licensing agreements during his tenures in the legal departments of a Fortune 15 healthcare technology company and the University of Georgia Research Foundation. John is on the Board of Directors of #weloveatl and is a member of The Recording Academy. He is rated as a “Superb” Top Attorney – with a rating of 10.0 – in the field of Entertainment Law by Avvo and currently serves as a volunteer attorney at Georgia Lawyers for the Arts.

John has been quoted in matters relating to entertainment law on or in Pitchfork.com, CBS Radio, the Atlanta Journal Constitution, WSB-TV Channel 2, the Daily Report, the 2016 Songwriter’s Market, and Flagpole Magazine, among others, and has served as a panelist at numerous conferences, including the 2014 ICLE Entertainment Law Institute, the Future Music Attorneys, and the 2013 Protect Athens Music Conference in Athens, GA, about which he was also interviewed in Flagpole Magazine. John has written about his pro bono work in the Fulton County Daily Report. John is a graduate of the University of Georgia School of Law, where he served as Executive Articles Editor of the Journal of Intellectual Property Law and President of The Sports & Entertainment Law Society. John, his wife Jennifer, and their daughter Edie, live in Decatur, GA. Follow John on Twitter: @TheSeayFirmLLC. 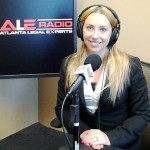 Attorney Stacy M. Ehrisman-Mickle was born and raised in the state of Iowa.  She graduated from English Valleys High School, a small, rural school with a class of approximately 30 people.  Stacy went on to attend the University of Iowa where she received her B.A. and graduated with highest distinction in December of 2005.   She studied Political Science, International Studies and Japanese Language and Literature.  Stacy immediately went to law school at the University of Iowa College of Law.  She wrote for the international law journal, Transnational Problems and Contemporary Issues, as well as competed in moot court.  During law school, Stacy completed an internship with a law firm in Madrid, Spain.  She later worked as an assistant county attorney in the Henry County Attorney’s Office.  Upon graduation, Stacy received the Boyd Service Award for her dedication to community service throughout law school.

Stacy finds gratification in her practice as an immigration attorney.  “I truly believe that I am fulfilling my unique purpose in life through my service to the immigrant community,” she explains. 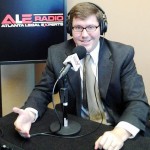 I’m a trial lawyer. I went to law school–and started my own firm–because I love thinking strategically about tough problems, writing elegantly and effectively, and standing up in front of people to argue my case. I’ve spend hundreds of hours in the courtroom and thousands of hours outside representing my clients to the best outcomes possible. The results speak for themselves.

I also represent immigrants. Right after law school, I lived in Mexico and represented refugees and asylum-seekers with the South Texas Pro Bono Asylum Representation Project. Today, I mostly represent immigrants getting married to citizens or spouses seeking work authorization.

I live in East Atlanta with my wife, two small children, and one medium-sized dog. I cook a lot, brew beer, and blast Spotify at the office. Our official drink is Diet Dr. Pepper and our official brewery this summer is Creature Comforts from Athens, Georgia.

If you need a lawyer, give me a call.

I am an adjunct professor at Emory University School of Law for the Kessler-Eidson Program for Trial Techniques, seven days of intensive workshops on trial techniques for all second-year students.

I was selected for The National Trial Lawyers Top 100 and Top 40 under 40. Membership is by invitation only. I am also AV Preeminent rated by Martindale-Hubbell and rated 10/10 by Avvo–the highest ratings for both organizations.

After law school, I worked for the Public Defender for the Atlanta Judicial Circuit, the largest (and best!) office in Georgia. I spent most of my time in the juvenile court and I’m a member of the State Bar’s Juvenile Law Committee. The Georgia Public Defender Standards Council continues to appoint me to represent children in this court.

I was selected by the Georgia Association of Criminal Defense Lawyers to attend the 13th Bill Daniel Trial Advocacy Program in Athens, Georgia.

I am admitted in all state trial and appellate courts in Georgia; for the federal courts, I am admitted in the Northern and Middle Districts of Georgia and the Eleventh Circuit Court of Appeals.

I perform a significant amount of pro bono work. I have performed free work for people harassed by junk debt collectors, tenants wrongfully evicted from their homes, the International Community School, Occupy protesters arrested during peaceful protests, and federal prisoners seeking clemency from unreasonable drug sentences with Clemency Project 2014. I also work closely with the Atlanta Volunteer Lawyers Foundation and the Pro Bono Partnership of Atlanta.

I hold the record for the largest verdict obtained for the Atlanta Volunteer Lawyers Foundation.

I am a board member at Oakhurst Presbyterian Church and the East Atlanta Charter School.

I am an Eagle Scout from Troop 993 in Severna Park, Maryland. I was even a camp counselor in the summer and can start a fire with a battery and steel wool (but my morse code and flag semaphore are pretty rusty).

I graduated from the University of Georgia School of Law, where I competed with our mock trial team and coached a team my third year. I was a pupil in the Joseph Henry Lumpkin Inn of Court.

I also was an editor for the Journal of Intellectual Property Law and published my student note about the constitutionality of laches barring a copyright infringement claim within the statute of limitations in the Buffalo Intellectual Property Law Journal in 2009. The Supreme Court of the United States agreed with me when they decided this issue in Petrella v. MGM, 572 U.S. ___ (2014).

At graduation, I was one of ten students inducted into The Order of Barristers, a national honor society for oral advocacy. I also was awarded the class award for “Outstanding Achievement in Socratic method–Member of the class whose performance in Socratic dialogue entertained us the most.” The first award is more prestigious than the second.

During law school I worked in a variety of clinics and internships. The highlights include working in UGA’s Special Education Clinic and Family Violence Clinic, and interning with the United States Attorney’s Office for the Southern District of Texas and the South Texas Pro Bono Asylum Representation Project.