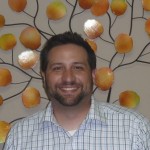 Growing up in the great state of Idaho, Kevin Reitz was a Boise State Bronco fan before it was fashionable to be a fan.  Does that make him a hipster?  After graduating from Boise State, Kevin took a position in the Enterprise Car Rental Management Training program.  He later had an opportunity with a small software company selling crime scene and accident reconstruction software (yes, it really exists and no, I’m no making it up).  As the company launched an initiative into the private sector, Kevin was asked to relocate to the Dallas area.  About three years ago, he became aware of a sales position with a local assisted living facility.  After only 8 months, Kevin was asked to take on the Executive Director’s role at a sister community.  During this time, Kevin realized that the senior services market offered another dimension of meaning to his career.

About a year and a half ago, Kevin moved again for the opportunity to work at Griswold Special Care, a non-medical homecare provider serving the Dallas metro area.  Kevin and his wife, Shelley, recently became the owners of the Dallas North Office of Griswold Special Care.  Kevin tells us he and Shelley had often talked and dreamed of owning their own business, and now that dream has become a reality.  Griswold Special Care’s unique differentiator is its ability to focus on both high quality and affordability at the same time.  Kevin is proud of the fact that his service is several dollars per hour lower than most competitors, and at the same time, the caregivers make 10-15% more than their peers at other agencies.  To find out more, contact Kevin directly at (972) 554-0700, email him at Kevin@gscdallas.com, or visit his website at www.gscdallas.com. 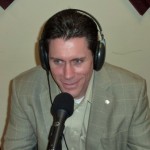 A rare Atlanta native, Chris Brand has been involved in helping disabled adults and seniors for as long as he can remember.  As a young man, he had a friend of the family whose son suffered from Muscular Dystrophy.  He watched the family’s struggles until the son died at the age of 19.  This gave him a first-hand look at how difficult it can be for a family to deal with the disability of a loved one, particularly with respect to independence and mobility issues.

Interestingly, Chris began early in his career by volunteering for Friends of Disabled Adults and Children (FODAC).  He was quickly hired by the founder of the organization, and spent three years as their donations coordinator.  Moving on to broaden his experience, Chris left FODAC for a few years.  In 1999, he returned as a program manager.  He has been there ever since, and is now the President and CEO of the organization.

FODAC was founded in 1986 to assist families of disabled adults and children in accessing both equipment and services to facilitate accessibility and independence.  FODAC fills 3,600 requests, distributing over 5,000 items each year from its 65,000 square foot facility in Stone Mountain.  The retail value of all medical equipment that has been given away now totals over $60 million!  To find out more about FODAC, or learn about volunteer opportunities, call them at (770) 491-9014, or visit their website at www.fodac.org.