Don Stockard started his career as a teacher and a coach after receiving both Bachelors and Masters degrees in Education.  It wasn’t long before Don realized that his personality and talents were well-suited to a career in sales.  Nearly 25 years ago, Don became one of the first to market and sell Long Term Care insurance in the Dallas/Ft. Worth area.  Over the course of time, Don discovered that he had a real passion for our country’s service men and women, and wanted to give his own time to help them.  Approximately four years ago, Don went into semi-retirement, and began volunteering his services to assist veterans in navigating the application process for the Improved Pension Benefit, also known as Veterans Aid & Attendance.  Don’s services are free of charge to veterans and their families.  Don can be reached by phone at 1-800-500-9168 ext. 210, or at (972) 267-6735.  He can also be reached via email at d_stockard@sbcglobal.net

Patti Elrod Hill grew up and went to school in South Dakota.  She acknowledges that when people learn she’s from South Dakota, the typical response is “I’ve never met anyone from South Dakota before”!  Fortunately for Patti, her next stop was Hawaii, thanks to a Navy marriage.  After 3 years in Hawaii, she moved again, this time to St. Louis.  While in St. Louis, she discovered a passion for the law, and attended Law School at Washington University.  Upon graduation, and yet another move to the Atlanta area, Pattie took a job with the Veteran’s Administration.  At the VA she developed an interest in serving the elder and disabled population.  Today she is the owner and lead counsel for The Elrod-Hill Law Firm.  She prides herself in being personally involved with every client.  Her firm specializes in 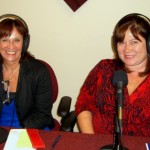 Faye Vantreese (right) is a long term care specialist with Northwestern Mutual Financial Network.  Prior to her career as a financial advisor, she attended Syracuse University, and graduated with a BS degree in Design.  Beyond her work with Northwestern Mutual, Faye is very involved in the local community.   She is the President of the Kiwanis Club of Decatur.  Faye is also actively involved in the Decatur Business Association, and has served on numerous boards, including Senior Connections and Life Enrichment Senior Services Board.  Faye can be reached at (404) 354-1039, or visit her on the web at www.fayevantreese.nmfn.com.