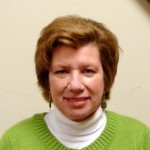 Originally from the Midwest, Janet Kempe earned a Bachelor of Arts degree from Purdue University.  After college, Janet spent 24 years as an industrial designer designing retail store fixtures.  Her life, and her career, took a major shift when she was diagnosed with ovarian cancer.  Having battled the disease, becoming a survivor, Janet wanted to help others who were making the same journey through cancer.  To that end, she started volunteering her time with those going through treatment at the Southeastern Gynecologic Oncology practice at St. Joseph’s Medical Group in Atlanta.  Eventually, Janet got involved in the development of the SEGO We Care Foundation, where she is now the SEGO Buddies Coordinator.  Janet can be reached via email at janet.kempe@segynonc.com, or via telephone at 678-420-4129. 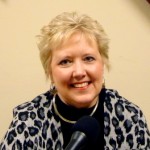 Debbie Church has been working with cancer survivors for more than 18 years.  She first worked with cancer survivors when she was a Chaplain intern at North Carolina Baptist Hospital in Winston-Salem, North Carolina.  She is well-prepared for this work by education, having been awarded a BA in Psychology/History from Salem College, and then a Master of Divinity at Southeastern Theological Seminary at Wake Forest.  A number of years ago, Debbie worked with cancer survivors at Northwest Georgia Oncology Centers.  Then, in 2008, she went back to Northwest Georgia Oncology Centers as a patient.  Now back in the workforce as a survivor herself, Debbie is the Coordinator for the Cancer Survivor’s Network at St. Joseph’s Hospital.  Debbie can be reached at 678-843-5051, or via email at dchurch@sjha.org. 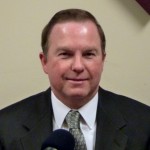 Anthony Johnson started his career in pharmacy as a soda jerk at Anglin’s pharmacy in Buford, GA.  He went on to University of Georgia to get a degree in pharmacy.  Upon graduation, he worked in a hospital, worked in large chain pharmacies, and finally returned to Anglin’s, which was still an independent pharmacy.  About four years ago, Anthony had the opportunity to buy the pharmacy in which he started his career so many years ago.  Today, it is called Johnson’s Hometown Pharmacy – and still an independent pharmacy.  Anthony tells us that his focus is on relationships and customer service.  With most seniors taking 14 or more different medications, there is an 80% chance that there will be at least a mild interaction between the drugs.  Sometimes the interaction is catastrophic.  It is Anthony’s mission to get to know each of his clients well enough to be able to provide some advice and counsel with respect to the entire regimen of drugs a client may be taking.  Visit Anthony in his store at 85 E. Main in the heart of historic Buford.  He can also be reached at 770-945-9501.