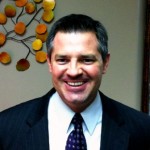 After graduating from Baylor University in 1993 with a Masters of Business Administration in Management, Greg Rogers took a position with Eli Lilly Pharmaceuticals working in sales, marketing and branding.  Of the 11 years Greg spent with Lilly, nine of them were in the area of neurosciences.  It was an area that spoke to his heart, and prepared him for his current position as the CEO of Integra Hospital in Plano.  Integra employs a unique model centered around neurological rehabilitation and recovery.  Most of their patients are admitted as the result of a stroke or brain injury, rather than for an orthopedic condition.  The difference is that 80% of the therapy is administered on a one on one basis, rather than in a group setting.  They have their work cut out for them as they “retrain” the brain to perform common functions.  Greg sees his work at Integra as ministry and mission, and he believes Integra’s motto, “Restoring Health, Restoring Hope”.  Visit Integra’s website at www.integrahospitalplano.com, or call them a 972-428-1740 for a tour! 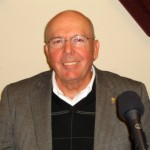 John Winters was born and raised on the south side of Philadelphia.  After earning and MBA in Finance from LaSalle University, John married his wife Joan and began a career with AT&T in the area of finance, specifically mergers and acquisitions.  After spending time all over the Northeast, Europe, Saudi Arabia and South Korea, John finally found his way to Atlanta.  At the time, he became interested in financial services, and eventually started Cornerstone Financial Partners, LLC.  John has recently been appointed Planning Commissioner, District 1, for Gwinnett County.  He is also the current president of Gwinnett Council for Seniors, and a member of numerous boards, including Friends of Gwinnett County Senior Services. 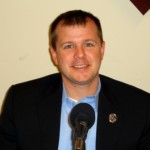 John’s partner at Cornerstone Financial Partners is Tim Thornberry.  Tim was a military brat, growing up doing hard time in Hawaii and Southern California!  He followed in his father’s footsteps.  After attending North Georgia College, he joined the Marine Corps Reserves.  He has served in two tours in Iraq.  He is currently the senior service officer for the American Legion in Duluth, and is the President of Sentinels of Freedom Gwinnett, working to bring “wounded warriors” home to Gwinnett County.  Tim and John’s business is committed to providing their clients conservative asset management and wealth protection.  Their business often leads them to pro bono advocacy work for Gwinnett County’s seniors.  Thanks, Tim and John for what you do in your community!  View their website at www.yourfinancialcornerstone.com, or contact them at 678-730-6100.