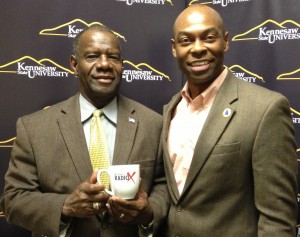 In this edition of Global Leader Radio!™, we discuss how to use PRIDE & Leadership to overcome your obstacles and succeed in life!  Alvin C. Miles interviewed Dr. Joe Profit as he discribed his journey from the cotton fields as the son of a sharecropper to the football field and now to success in the field of business.

Listen in as Joe tells us his surprising and revolutionary discoveries. Add these insights to your leadership toolkit to help increase YOUR influence. Leadership IS a conversation!

Dr. Profit is one of those unique people whose contribution ranges from the world of sports to business to a philanthropist. A former American football running back with the Atlanta Falcons in the National Football League (NFL), Joe enjoyed two seasons, plus part of a third, with the Falcons before moving to the New Orleans Saints. He was selected in the first round with the seventh overall pick in the 1971 NFL Draft. In his three seasons in the NFL, he rushed 133 times for 471 yards and three touchdowns. He spent the 1974 season with the Birmingham Americans and 1975 with the Birmingham Vulcans, both of the World Football League. He played college football at Northeast Louisiana University.

For the past three decades, Profit has enjoyed the innovation in management within the information technology industry, where he has established and succeeded in building stable and competitive information technology firms. Profit, founder of his own technology firm, has extensive experience in the multi-media industry, and has provided leadership in the integration of wireless networks, broadcasting, advertising, marketing and sales, product branding, e-commerce, on-line provisioning, and capital funding.

Profit is also the founder of “INC. Magazine”, ranked as one of the fastest growing privately held companies in America, for three consecutive years. Profit holds a Bachelor’s Degree in Education, from University of Louisiana and a Doctor of Philosophy from Haywood University and an honorary doctorate from Logos Graduate School.

In 1994 Dr. Profit was inducted into the Business and Professional Hall of Fame, and the Louisiana Sports Hall of Fame in 1999. Dr. Profit has received numerous awards, including America’s Best and Brightest Businessman Award, the National Minority Supplier Development Council’s Award, the Nevada Chamber of Commerce Businessman of the Year Award and the recipient of the “Granville T. Woods Award for Outstanding CEO”; he has also been featured in USA Today, and the Money Section in the Wall Street Journal.

For the past ten years, Profit has dedicated the majority of his professional career with furthering the interest of Youth United for Prosperity (YUP) a national 501©(3) non-profit Organization. Founded in 1995 by Dr. Profit, he serves as its Chairman and CEO. The PRIDE Institute a division of YUP and promotes the “Legends & Kids” program through the NFL Alumni as a benefactor. Profit is also the President and CEO of the NFL Alumni Atlanta chapter. In his professional capacity, Profit is the founder, President and CEO of Multimedia Digital Broadcast Corporation. 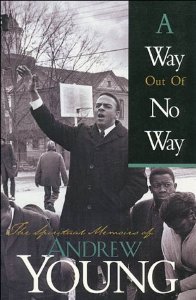