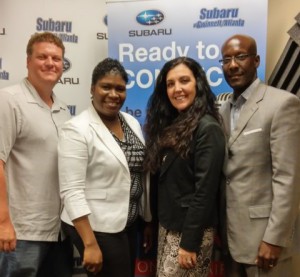 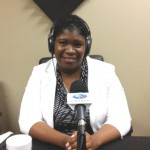 Atlanta-based businesswoman Kim N. Carswell is the owner of Persona Affairs, a firm that offers personal branding and social media engagement services for professionals and small to mid-size businesses. In 2013 Persona Affairs co-founded the Pink Power MasterMind Conference for Women and continues to partner with Microsoft and the WNBA Atlanta Dream in producing the professional development event for career and business women at Philips Arena. The event holds true to the mission of empowering women’s economic growth through leadership mentorship and entrepreneurship. 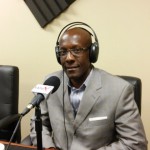 Named one of Atlanta Magazine’s “Best Places To Call Home” in April 2003, the City of College Park has become one of the most exciting communities in the greater metropolitan Atlanta area in which to live. A well-established community with an individuality all its own, College Park is located near the Hartsfield-Jackson Atlanta International Airport, Interstates I-85 and I-285, the CSX Railroad and Metropolitan Atlanta Rapid Transit Authority (MARTA). Residents and visitors alike will find that this revitalized city offers the best of Southern hospitality in its city services, local restaurants, lodging accommodations, parks and recreation, and community events.

College Park has all the benefits of a large city, while preserving the neighborliness of a hometown. Its close proximity to Atlanta provides residents and visitors alike with easy access to colleges and universities, shopping and other places of interest.

Originally known as Manchester and incorporated in 1895, College Park is home to Cox College, Woodward Academy and more than 850 properties listed on the National Register of Historic Places. The town’s avenues and streets take their names from Ivy League colleges and influential College Park residents.