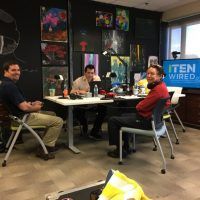 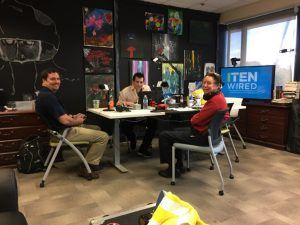 The ITEN WIRED planning team is composed of volunteers from IT Gulf Coast, Florida West Economic Development Alliance, and other members of our local IT community.

He is a native of Pensacola and a graduate of Tate High School and the University of West Florida, where he received his degree in finance. He moved to Charlotte, NC in 1997 with a goal of furthering his career in banking, but later developed a passion for information technology. Upon graduating ECPI College of Technology, he officially entered into the world of IT in 2001. After working several years as a network engineer, he and his family relocated back to Pensacola in 2007.

Jim has been employed by AppRiver since 2008 and currently manages the mobile solutions team which provides mobile device support for a global customer base of almost 300,000 users. He also serves as an advisor to the board of directors for IT Gulf Coast and as a board member for Innovation Coast.

He is married and has two sons. He enjoys golfing, kayaking, and fishing.

We hope you can join us for Japan-US Grass-Root Business Partnership Forum organized in collaboration with local authorities. This Forum will deepen the essential economic partnership between Japan and the U.S. To further that aim, the Forum will advocate the creation of new business through bi-directional Trade and investment, strengthening cooperative work between Japan and U.S. companies, as well as business expansion in other countries and regions.

By promoting Grass-Root Business partnerships, we hope to contribute to the economic prosperity of both countries and regions. The format of the Forum will be divided into two sessions, one focused upon the strategies Japanese companies have taken when expanding in the U.S. market, and the second session focusing on the opportunities that currently exist in the Japanese market as well as newly emerging ones, including advanced technology applications. We hope that you will save the date. An invitation will be issued shortly.

The Best of ITEN Wired