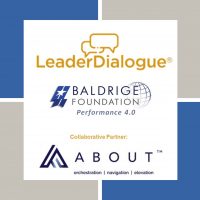 Dr. Roger Spoelman of the Baldrige Foundation, and Ben Sawyer from ABOUT Healthcare, facilitate a very insightful discussion regarding how the Loyola University Health System team was able to achieve a $100 million turnaround by applying the principles of the 12-week year in a robust team-oriented effort that overcame the trap of annualized thinking and the many hurdles within a commonly experienced people-process-technology operation in order to achieve breakthrough results. The model is applicable to any strategy execution challenge an organization faces. 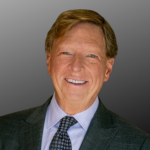 Roger is a healthcare executive with more than 38 years of industry experience. He most recently served as interim CEO at Trinity Health Regional Systems in New England, Ohio, and Illinois at Loyola University Health System.

His tenure at Trinity Health included leading several hospital mergers, and later as regional executive for the corporation’s Mercy Health operations. He also is founder and executive sponsor of the Trinity Health Innovation Hub. In 2018, Roger oversaw the merger of International Aid Inc. and CURE International Inc., two organizations where he served on the Board of Directors for over a decade. He recently served as the President and CEO for CURE International Inc., which operates eight charitable hospitals in developing nations, and focuses on faith-based care that restores quality of life to pediatric patients with surgically treatable disabilities. Roger was appointed Chair of the BAMF Health board of directors in 2019. He is working closely with the company to achieve their patent-focused mission of bringing intelligence-based precision medicine to the world.

Roger is a co-host of the Baldrige Foundation Leader Dialogue program, and mentors and coaches’ numerous executives and assists organizations and their boards of directors with succession, strategy, and innovation. 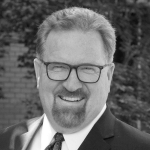 Ben Sawyer is an ABOUT executive. He has more than 35 years of industry experience, most recently serving as CEO of SOAR Vision Group, and EVP of Care Logistics.

Ben started his healthcare career in 1985 as a Physical Therapist, focusing on sports medicine and orthopedics, and received his specialist certification as an Orthopedic Clinical Specialist (OCS) in 1997 from the American Board of Physical Therapy Specialties.

Ben has a gift for recognizing strategic gaps that can be turned into opportunities. For example, during the COVID-19 crisis he initiated national executive roundtables with the Baldrige Foundation via the Leader Dialogue program to help executives turn the pandemic disruption into an opportunity for improved collaboration and performance towards true Community Health beyond the walls of hospitals and to prioritize and coordinate action and resources. 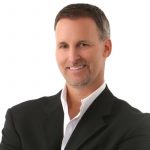 Brian’s corporate experience includes management and executive positions with UPS, PepsiCo, and Northern Automotive. As an entrepreneur he has personally launched and led successful businesses and been instrumental in the success of many others. In addition, he has consulted for dozens of world-class companies.

Brian is a recognized expert in the field of leadership and execution. His realization that most people don’t lack ideas but struggle with effective implementation led him to the development of The 12 Week Year. In addition to his books, Brian has been published in many of the leading business journals and magazines. He is a sought after speaker, educating and inspiring thousands each year. 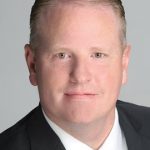 Previously, Isacksen served as Executive VP and regional CFO of Loyola Medicine in Maywood, Illinois, one of Trinity Health’s regional HMs. His efforts there contributed to operational improvements and a significant financial turnaround and stabilization of the regional ministry.