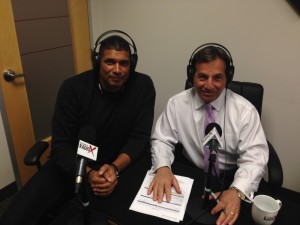 Legacy Leaders Radio and its host Jack Perry, Jr., was all about business today with Dan Leonardi, Vice President at Bickel’s Snack Foods, a division of Hanover Foods. Hanover Foods is the largest, independently owned food processor in the eastern United States. Dan started his career as a Pepsi truck driver, and by learning from mentors, listening, and seeking first to understand; elevated his career to the leadership team of this Fortune 500 company.

Dan discussed with Jack Perry that some of his greatest accomplishments in his career are leaving a legacy developing people. “It’s the most rewarding aspect of management.” He spoke about the teachings of FranklinCovey’s “Seven Highly Effective Habits,” and what has worked for him in his years of leadership.

Anyone with corporate aspirations should pay close attention to Dan’s wisdom on this week’s Legacy Leaders Radio, especially listeners beginning their career.  His personal experience earning his way through the ranks and building teams is valuable information for anyone building a career.