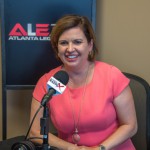 Lisa Smith Siegel’s law practice is dedicated to the representation of the injured and disabled. She has been involved in trial work during her entire 26 years as a lawyer, and has successfully handled litigation proceedings in hundreds of cases, hearings and administrative matters. She has unique insight into the challenges facing claimants because she worked defending against claims for a good portion of her career. Her background and experience reflect a life’s work in the area of litigating issues involving disability and personal injury law:

If you or a loved one is in need of legal assistance for a social security disability claim, call experienced attorney Lisa Siegel at (404) 255-9838. Initial consultations are free of charge. Representation is most often provided on a contingency basis, which means clients do not pay attorneys’ fees unless we win your disability benefits. 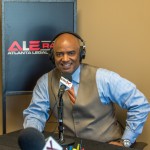 Mason Law Group, P.C. was founded by Jonathan B. Mason. Jonathan is graduate of Howard University and Georgetown University Law Center. He began his legal career in 1992 as a litigator in the Winston-Salem, North Carolina office of a large regional law firm. In his early years, Jonathan worked on a variety of litigation matters for major corporations and insurance companies. As a young litigator, Jonathan was able to gain significant “hands-on” experience by handling motion hearings, depositions, bench trials and even jury trials. Jonathan experienced his “fifteen minutes of fame” in 1995 as a member of the team that represented a screenwriter who was subpoenaed to testify during the criminal trial of O.J. Simpson. That representation culminated in a nationally-televised court hearing opposite Johnnie Cochran and F. Lee Bailey.

Jonathan has also been involved in matters involving Rickey Smiley, the Estate of Wilson Pickett, Mothers Finest, Kirk Franklin, Bishop T.D. Jakes, Idris Elba, Mariah Carey, and T.I., among others. Although Jonathan enjoys working with well-known clients, the heart and soul of his practice is dedicated to assisting unsigned and emerging artists in positioning themselves to reach the next level, or advising start-up record labels and production companies on the legal issues associated with start-up entertainment companies. 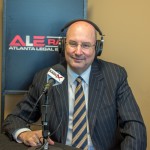 After graduating from Vanderbilt and Emory, Edwin began his career as a trial attorney in the United States Army, stationed at the Military District of Washington. While in Washington, he also served as a Special Assistant United States Attorney and prosecuted cases for a special jurisdiction, including the White House, foreign embassies, surrounding military installations, and other sensitive locations. Edwin tried several hundred cases in federal district court and in military courts.

In 1984, Edwin returned to Atlanta. He spent several years in the litigation department of the Atlanta office of the global law firm, Jones Day. Edwin started his own firm in 1991. Edwin brought his extensive skill set to a small firm setting and represents a range of clients from individuals to some of the world’s largest companies.

Sponsored by Peachtree Offices- your location for Attorney Office Space in Atlanta.