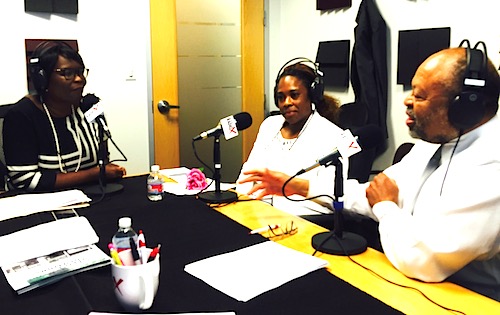 Ralph G. Moore, CPA, is president of Ralph G. Moore & Associates (RGMA) and is recognized as one of the world’s foremost thought-leaders in the area of supplier diversity and minority business development. A former accountant at Arthur Andersen & Co., Mr. Moore was Vice President of Chicago Community Ventures, a Minority Enterprise Small Business Investment Company (MESBIC) and Controller for Parker House Sausage Company before establishing RGMA in 1979.

Mr. Moore has been the lead trainer for the National Minority Supplier Development Council for over 20 years. During that period Mr. Moore has conducted over 100 seminars for the National office as well as 22 of the Regional Councils which has resulted in RGMA having trained more supplier diversity professionals than any other firm worldwide. Companies and institutions such as Walmart, The Walt Disney Company, the University of Chicago, Major League Baseball and the Federal Reserve Board of Governors have engaged the services of RGMA.

Mr. Moore is the author of the RGMA Five Levels of Supplier Diversity which has been embraced as the gold standard for benchmarking supplier diversity initiatives. His global assignments include conducting seminars in South Africa, France, United Kingdom and Canada. Mr. Moore is also a member of the Procter and Gamble and Macy’s Supplier Diversity Advisory Councils.

Mr. Moore has received numerous awards and recognitions during his distinguished career including the Ron Brown Award from the Chicago Minority Business Development Council and the prestigious National Minority Supplier Development Council Leadership Award which is the organization’s highest honor awarded to a CEO of a minority business enterprise. In recognition of a lifetime of contributions to minority business development, Mr. Moore was inducted into the Minority Business Hall of Fame at the University of Washington in April of this year.

Karmetria Dunham Burton is general manager, supplier diversity for Delta Air Lines. In this position she is responsible for developing a Supplier Diversity program while enhancing the processes to assist the company to achieve its vision of being an industry leader of making minority and women owned business (MWBEs) a natural and integral part of the way the company does business. Karmetria has worked in strategic sourcing at Xerox and AT&T. Before Delta, Karmetria was supplier diversity manager for IHG (Intercontinental Hotels Group).

Karmetria was the 2005 recipient of the Trailblazer Award presented by the Black Business Professionals and Entrepreneurs organization and is a Who’s Who of Black Atlanta in 2010. She is a contributing writer for MBE magazine that focuses on minority business development.