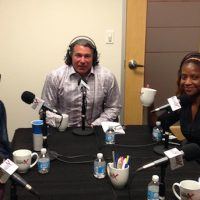 Nicole began her professional career in the Army’s Signal Corps as an officer supporting United Nations troops during the United States’ presence in Somalia. After a career with the military, she spent nine years at BellSouth Corporation in the positions of Small Business Marketing Director and Director of International Carrier Relations responsible for managing relationships with service providers across the globe.

Nicole earned a Bachelor of Science degree in Business Administration with an emphasis in Marketing from Clemson University on an Army ROTC scholarship. Currently, Nicole is an active board member for The Tritt Foundation and the Technology Association of Georgia’s Diversity Council. Previously, she served as an Executive Board Member for Dress for Success Atlanta. Nicole has been a featured speaker to several organizations including SHRM, The Gwinnett Chamber of Commerce, Lee Hecht Harrison, The Women’s Mentor Network and Women in Newell (Rubbermaid).

Nicole enjoys being involved with her community, traveling internationally and raising money for organizations such as Susan G. Komen, The Leukemia and Lymphoma Society, Dress for Success and The American Cancer Society. She lives in Marietta, Ga., a suburb of Atlanta, with her husband and daughter.

Prior to helping launch 4th Source, Mr. Molinari held key senior management positions with leading software and technology companies. He was vice president of North American professional services for Pegasystems, a leading provider of customer relationship management software for the financial industry. In addition, he was a regional vice president at Oracle Corporation, as well as a senior technology manager with MCI. Mr. Molinari holds a Bachelor of Science in Management Information Systems from Indiana University of Pennsylvania.

Janelle Jolley is originally from the DC metro area, and found herself in Atlanta in 2009 when she relocated for graduate school. It was in Atlanta that she serendipitously found herself in the tech world, because she was trying to solve a problem: make local shopping easy and convenient for everyone. It’s been a wild ride, but after more than a year of working on her startup full time, Sidewalk District will we be launching its private beta in February…answering the prayers of consumers everywhere!

Blake is a technology entrepreneur and investor with 20 years of experience in startup, venture backed, and publicly traded internet, software, payments, and financial services companies.

Prior to founding Tech Square Ventures, Blake was General Manager of theAdvanced Technology Development Center (ATDC) at Georgia Tech – recently named by Forbes as one of the “Top 12 Incubators Changing the World”. Before ATDC, he served as President & COO of Interactive Advisory Software; CEO of iKobo; and EVP of iXL, an e-business consulting firm that he joined through the acquisition of Swan Media and was part of the executive team that grew the company from startup to over $300 million in annualized revenue and an IPO. Blake also founded, and later successfully sold, Siteman – one of the first application service provider (ASP) offerings in the online content management space. He started his career as an Associate at SEI Corporation.

Blake currently serves on the Board of Directors of the Atlanta CEO Council and Venture Atlanta and is aGeorgia Research Alliance (GRA) Industry Fellow. He earned a Bachelor of Industrial and Systems Engineering degree from Georgia Tech, where he was Captain of the Swim Team. He was inducted into the Georgia Tech College of Engineering’s Council of Outstanding Young Engineering Alumni and previously served on the Georgia Tech Advisory Board.