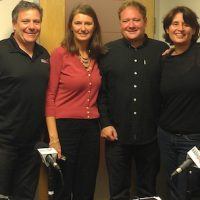 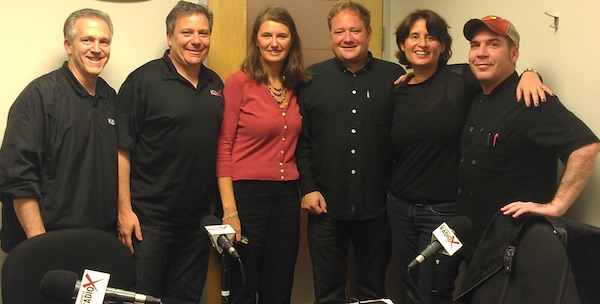 Taste of Atlanta is back for its 12th year and is cooking up a bigger and tastier event than ever before! The legendary three-day food festival will return to Midtown at Tech Square Friday, October 25 through Sunday, October 27, 2013. Taste of Atlanta, the city’s premier food+wine+beer+cocktail event, attracts food lovers from Atlanta, the Southeast and beyond to showcase the area’s finest restaurants for a weekend of big fun and great fare. Guests of all ages will enjoy an extensive selection of culinary creations, engaging chef demos, specialty food and beverage tents and family-friendly activities. The event satisfies thousands of palates every year, highlighting Atlanta as the Food Capitol of the South.

A seasoned foodie and festival expert with experience in marketing, advertising and production for some of the city’s most renowned events (think Music Midtown, the Dogwood Festival, the Atlanta Arts Festival, the Atlanta Opera and the Atlanta Jazz Festival), Dale DeSena wanted to create something Atlanta hadn’t seen – or tasted – before. For 12 years, Dale has been doing just that with Taste of Atlanta.

Chef Patric Bell-Good grew up cooking, winning accolades as early as age 12 in the form of a blue ribbon in the 4-H Bake-Off for a Banana Nut Bread so light and fluffy, the judges threatened to disqualify him because they thought he had cheated and used yeast.

Since then, he has worked all levels of foodservice, from fast food to delis to fine dining. He graduated with Highest Honors from The Art Institute Of Atlanta’s School Of Culinary Arts in 2002, and secured his first chef position five months later.

He has spent the last ten years building his reputation as one of the top chefs in Atlanta while contributing to the success of such restaurants as West Egg Café and Cruzado. In late 2012, he joined Magnum Bar & Restaurant Group to helm the kitchens at both The Barrelhouse in Midtown and Graveyard Tavern in East Atlanta.

When he’s not in the kitchen, he can be found watching “Star Trek” with his husband, Darin, and their two dogs.

Wendy Allen is the Cooking School Director for The Cook’s Warehouse. Wendy brings to The Cook’s Warehouse a passion for food and entertaining. She discovered her love of cooking while still working for an engineering company as a business manager. She initially came to The Cook’s Warehouse as a volunteer assistant, where she soon realized her true desire was to pursue a career in the culinary world. She manages all aspects of the cooking school, including assistant recruiting and scheduling all cooking events. Wendy is a certified BBQ Judge with the Memphis Barbeque Network (MBN) and is a member of the International Association of Culinary Professionals (IACP).

As Ticket Alternative President and co-founder, Iain has been a leader in the ticketing space for more than 10 years. After moving to the U.S. from England, Iain found his way into venues and ticketing by promoting shows, playing in bands and artist management. An early adopter of the web and technology, Iain built websites for bands, promoted them online and created the Atlanta Music Guide in 2000. The high-traffic site would later serve as the perfect promotional platform to list gigs for Ticket Alternative’s own venue clients. At the helm, Iain oversees the company’s growth plan that includes a custom ticket printing division, and one of the largest Tyvek and plastic event wristband suppliers in the industry. Ticket Alternative has made the INC 5000 list of fastest growing private companies every year since 2009 (a fivetime honoree). Iain often speaks at conferences such as the Winter Music Conference, INTIX, SEVT, PACnet and SFEA on topics ranging from ticketing and mobile technology to social media and customer service.