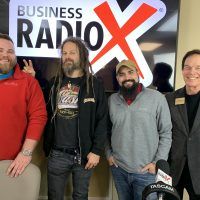 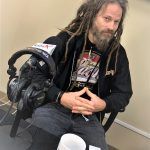 Kyle Sanders – Let There Be Rock

Let There Be Rock School is a music lesson facility and rock and roll community center. Students from age 5 to adult learn to play guitar, bass, drums, keys and vocals while interacting with their peers. All students have the opportunity to join a band learning classic, current and writing original songs to perform at a real rock n roll venue!!

What Kyle and his team have so much more to offer than just music and vocal lessons…  community, likeness and spirit are developed here! 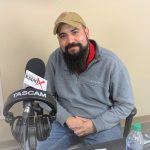 “Hope and Healing for the Invisible Wounds of War: Support and Treatment for our Communities’ Combat Veterans”

Dan Solla is the Managing Director of the PTSD Foundation of America’s-Atlanta/North Georgia Chapter.  The PTSD Foundation of America operates an 80-bed residential treatment and interim housing facility for combat veterans, facilitates local peer-based support groups, and organizes recreational and outdoor events, outings, and challenge expeditions for veterans and their families.  Mr. Solla’s work and passion is helping other combat veterans struggling with adjustment to civilian life, combat trauma, PTSD, addiction and thoughts of suicide.

Mr. Solla is a veteran of the United States Army Infantry, having served as a rifleman in the 1st Armored Divisions 1/36 Infantry Battalion out of Ray Barracks Freidberg, Germany.  He served 15 months as a rifleman in Iraq during the invasion of 2003-2004 and was awarded the Combat Infantryman’s Badge for actively engaging in ground combat with the enemy.  He received a Bachelor of Arts in Political Science from the University of Tennessee and a Doctor of Jurisprudence from the University of Tennessee College of Law in Knoxville.  A resident of Flowery Branch, he is a member of the American Legion Post 7 in Gainesville, a parishioner of St. Gabriel’s Episcopal Church in Oakwood and father to Jude and Zen Solla. 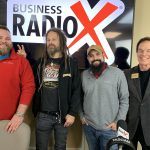