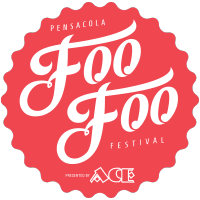 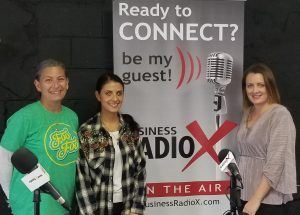 Pensacola, Fla. – When the modern performance arts have the backdrop of America’s oldest settlement, one of the South’s most charming coastal cities is magically transformed into a delightful, sensory feast.  The nonprofit organization, Art, Culture, and Entertainment, Inc. (ACE), presents this sensory event when the 5th Annual Foo Foo Festival occurs November 1-12, 2018 in Pensacola, Fla.  The 12-day Foo Foo Fest celebrates culturally creative happenings, events and moments and invites visitors to “Vacation Artfully” in Pensacola for nearly two weeks.

Pensacola, known as the “Festival City of the South,” is the only city on the stretch of the Gulf Coast from Mobile, Ala. to Tampa, Fla. that boasts having the “big five,” an opera, ballet, symphony, theatre and museum. Foo Foo Festival’s roster of events celebrates art, music, dance, opera, theatre and cuisine with programming from 30 grant recipients, throughout the city of Pensacola for nearly two weeks. The 2018 ACE grant recipients will host individual experiences specific to their craft throughout the festival.  Strategically positioned in and around some of Pensacola’s most popular and longer-running events, the Foo Foo Fest encourages cultural tourists to make Pensacola an arts destination and enjoy other events those two weeks including The Greater Gulf Coast Arts Festival, the Blue Angels Homecoming Air Show, Pensacola Eggfest, the 34th Annual Frank Brown Songwriters Festival and the 14th Annual Pensacola Marathon.

“Pensacola, Fla. has established a stellar reputation for its unique, diverse cultural arts offerings,” said David Bear, trustee emeritus for Art, Culture, and Entertainment, Inc. “So, it’s only natural we bring not only a variety of opera, ballet, symphony, theatre and museum culture to visitors and residents, but so many other diverse offerings of high artistic, cultural caliber during the 5th annual Foo Foo Fest.”

In addition to the arts, downtown Pensacola offers historic walking tours, a large farmer’s market, quaint shops, food trucks, brewery tours and daily running clubs. Hosting the Foo Foo Festival in the fall offers big fun and a hefty dose of Southern sophistication delivered to boost tourism and travel during the “off season” with its unique slate of events.

ACE is a nonprofit organization that receives Federal, State of Florida, Escambia County, City of Pensacola, corporate, foundation and personal funds. ACE disperses these funds through an equitable granting process to nonprofit arts, culture and entertainment organizations throughout Escambia County, Fla., and promotes Escambia County as an arts and cultural destination through the annual Foo Foo Festival and other marketing efforts. For more information about ACE, visit www.acepensacola.org.

Pensacola Business Radio is brought to you by the good folks at Gulf Coast Office Supply, eightfifty:media, IT Gulf Coast, and a host of local pro-business organizations committed to Economic Development in the West Florida region. Business Radio X Studios-Pensacola is a Listener Supported Station, if you would like to support BRX Studios & Pensacola Business Radio please join us by clicking on the button below. The support from our listeners helps keep the voice of business amplified in this community, through sponsored stories and community service. All made possible by our listener support. 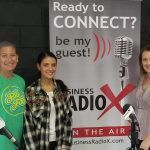