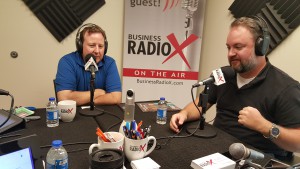 Welcome to Android Central! You’ve found yourself smack in the middle of the Greatest Android Community in the World. Between the Blog, the Forums, our more than 610,000 Twitter followers, some 582,000 likes on Facebook, more than 283,000 on Google+, and more than 1.2 million folks subscribe to us on Google Play Newsstand. This is where it’s at, folks.

But you don’t have to take our word for it. In February 2010 we were named one of PC World’s “50 Smartphone Blogs to Watch.” We’re onEngadget’s “Who should I follow on Twitter?” list. Need more? We’ve got letters from the Queen Mum, the Pope, various foreign dignitaries in South America — and, of course, our mothers — who all say we’re pretty swell.

But, really, it comes down to you. You’re the reason we’re here, working late into the night. Or traveling across the country and across the globe to bring you the latest Android news, reviews, rumors and more. If it’s out there, we’ll find it.

Who are we? We’re a crack team of Android enthusiasts, tinkerers, bloggers and journalists. And we’re proud members of the Mobile Nations family of sites. If you have a question for the site, feel free to shoot us an email attips@androidcentral.com, or you can use our Contact Us form. Ourterms of service are here. 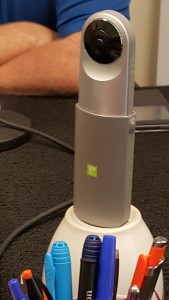 All things must be unboxed. And occasionally they must be filmed at the same time.

Said it before, and we’ll say it again. We’re generally not huge fans of the pomp and circumstance that tends to come with taking phones we’ve already seen out of boxes. But sometimes things are special. There was the LG Optimus Black “Unbooking” way back in 2011. Only a few months later we had the bizarre alien head that was part of a promotion for Verizon’s Motorola Droid Bionic. There have been others, of course.

But LG’s back again with the LG G5. It’s as polarizing as it is intriguing. On its own it’s a more-than capable phone. But throw in that it’s got interchangeable modules and that “Friends” ecosystem of accessories — plus a new user interface , and there’s a whole lot going on here.

So to kick things off, LG’s sent us a good chunk of the family. We’ve got a T-Mobile G5. We’ve got the CAM Plus and Hi-Fi Plus modules. And we’ve got the 360 CAM virtual reality camera. They’re all in boxes, of course, and were sent in a case that you just can’t help but have a little fun opening up. 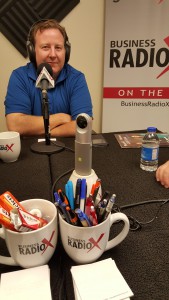 YourTechnoGeeks was created with the idea of making information technology  easy for everyone. Business owners have an overabundance of information available to them regarding different information technology solutions, which is where a knowledgeable company, such as YourTechnoGeeks, comes in handy. Every detail of hardware, software, document storage, security, and compliance will be covered during a series of consultations regarding any services required. YourTechnoGeeks prides itself on educating companies and business owners as to what IT solutions are available to them in a way that the best decision  regarding services can be made. Constant communication, understanding, and guidance is essential in establishing an IT system within your company powerful enough to project it to the next lev