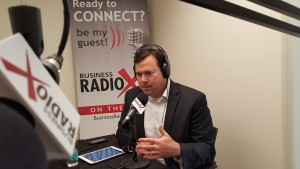 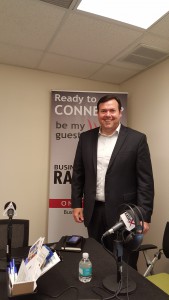 The Honorable Clay Ingram is a passionate community leader with a history of service to the people of Northwest Florida. He was elected to lead the Greater Pensacola Chamber in December of 2014.

Ingram was elected to the Florida House of Representatives in 2010 and has been re-elected subsequently. He currently serves as the Chair of the Transportation and Economic Development Appropriations Subcommittee and has been appointed by the Speaker of the House to serve on the Florida Defense Support Task Force and the Joint Legislative Budget Commission.

Prior to being elected to the legislature, Ingram worked in sales, real estate and as a teacher in the Escambia County School District, where he taught courses in the Exceptional Student Education Department at J.M. Tate High School.

A Pensacola native, Ingram is a graduate of J.M. Tate High School and of Florida State University (FSU), where he earned a bachelor’s degree in general communication and a minor in political science. While at FSU, Ingram was a member of the football team, where he started 49 straight games for Coach Bobby Bowden and was a member of the 1999 National Championship team. He was also named to the Atlantic Coast Conference Academic Honor Roll.

An active member of the community, Ingram is a member of St. Luke United Methodist Church, the Cantonment Rotary Club (Paul Harris Fellow), Century Chamber of Commerce, Board of Directors of Big Brothers Big Sisters of Northwest Florida and Board of Directors of the Florida State University Alumni Association. Clay and his wife, Leslie, have two daughters, Madilyn and Lydia.

PENSACOLA, Fla. – Oct. 29, 2015 – Tonight, the Greater Pensacola Chamber celebrated the success of its Vision 2015 initiative, a five-year job creation program. The campaign focused on recruiting new businesses, helping local businesses expand and strengthening the partnerships between the military and the private sector in the Pensacola region.

Between 2009 and 2015, the goals of the Vision 2015 campaign were completed with outstanding results:

“Vision 2015 served as a catalyst to stimulate existing business growth, improve the available workforce and spearhead community improvements,” said Clay Ingram, Greater Pensacola Chamber President & CEO. “We are thrilled with the progress made over the past five years, and we will continue to work together as a community to build a bright future for the greater Pensacola area.”

Founded in 1889, the Chamber is committed to promoting, improving and enhancing the Pensacola Region through economic development, community involvement and unity of private and public sectors.

Today, the Greater Pensacola Chamber stands united as a rededicated organization of passionate, innovative leadership and management, driven to provide professional, personable, positive assistance toward your commercial success in Pensacola: be you a long-standing local company, an enthusiastic entrepreneur or a prospective new partner, interested in relocating to our great region.

The Greater Pensacola Chamber is a 4-Star Accredited Chamber.