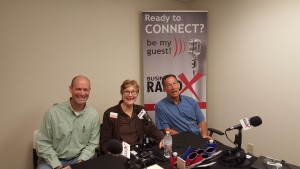 Assistant to the President / CEO 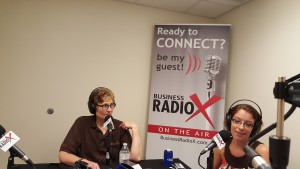 Green Cleen Detail is exceptionally different from other detailers. Not a giant corporation, they don’t offer a dozen

confusing options, nor is there a team of hourly employees. As the owner, Ben Kadan is personally responsible for the

Green Cleen Detail only offers three options: full detail, half detail, wash. A wash is a light touching of the entire

vehicle. A detail is a thorough, in­depth cleaning. Half details include a wash of the other half, for example: an interior

detail will include an exterior wash. There isn’t a brick & mortar store; Green Cleen Detail arrives at people’s home,

office or wherever they’ll be for a couple hours, able to complete the work in just three parking spaces.

Ben Kadan has been caring for cars since 2002, and opened Green Cleen in 2011 with the purpose of being his own

boss and doing things his way, trying to change the wasteful nature of the industry. He uses only 5 gallons of water to

wash a car. All the chemicals are biodegradable & environmentally friendly.

At the beginning, there was a $500 non­working farm truck that he fixed to run on vegetable oil instead of using diesel

& all the equipment was tied in to also use the oil instead of petro. After three years, he upgraded to the Green Cleen

ambulance, which still ran on vegetable oil, but added a solar array to run all the equipment (much quieter). Just this

week, Green Cleen was able to upgrade to a brand new Nissan van; although it runs on regular gas, it gets about 40

mpg & all the equipment is running on solar.

Over the past 15 years, Ben has spent a lot of time gaining knowledge about the car care industry. He has researched

different chemicals and equipment & strives to find a balance with the environment without sacrificing the results. Ben

prides himself on leaving cars looking as good as (or in many cases better than) when they were purchased. He is

currently researching dent removal techniques and the company is getting ready to offer that as an additional service.

In addition to the van, Green Cleen just purchased a fully electric Nissan Leaf. As someone who spent about 7 years

working for dealerships & cleaning new cars, Ben knows that the staff at the dealership is underpaid & undertrained.

New cars don’t usually come waxed, and when one purchases a new car, that immediate maintenance must be done

or the clear coat is sacrificed, ruining the investment. He is often frustrated with dealerships for the way the cars are

Most detail companies are making their money on speed and turnover, but Green Cleen Detail focuses on doing a

really great job on every car touched. Most detail companies are only concerned with getting the cheapest chemicals &

biggest margins, but Green Cleen Detail takes pride in finding chemicals that are good for the world as well as the car.

Many mobile detailers will ask to connect to your water or power source, but Green Cleen Detail arrives fully contained

and ready to work without bothering sleeping clients or busy professionals. Many companies wouldn’t be willing to put

in the additional time and effort that Green Cleen does, and choosing them is a choice for a small business, a choice

for the environment & the world, a choice to keep money in the local Pensacola economy.

Green Cleen Detail has gotten busier over the years, and books cars by appointment only. They are currently booking

about 2 weeks out. In addition to cars & trucks, Green Cleen Detail cares for motorcycles, RVs, and boats. Ben has

& Instagram @GreenCleenFL, and after they make your car look & feel new, you can Pin a photo to their 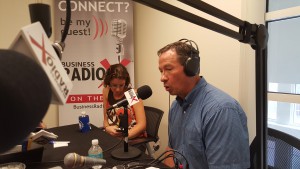 We have expertise in assisting medical, manufacturing, service organizations as well as retail, restaurant and bar operations.

Call for a free evaluation. 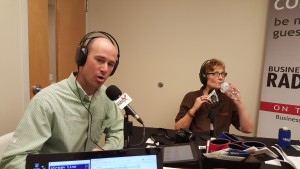 Lance Cook is a 1st generation Pensacola native, whose family hails from Texas and North Carolina. Born in 1982 at Sacred Heart Hospital and raised in Chumuckla, FL. Lance attended Central High School, Pensacola Junior College, and the University of West Florida. While in high school Lance went to work part time for his grandfather, Charlie Cook, at Rubber & Specialties, an industrial rubber and supply company that was founded in 1975 here in Pensacola. Along the way, Lance has served in various positions within his local church. He also served in the United States Marine Corps Reserves for six years, which included one deployment to Africa, and foreign military training in Peru and Israel. Lance currently serves on the board of directors with the Greater Pensacola Chamber, and as chairman of the Industrial Council, and most recently a new board member to the Northwest Florida Manufacturers Council. Now the proud father of two beautiful daughters and husband to his wife of seven years, Lance looks forward to deepening his roots here in Pensacola and growing Rubber & Specialties as he continues his more than 17 years of service with the company.