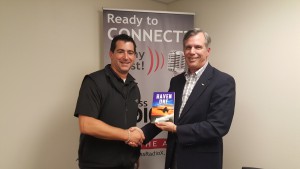 Retired Navy Captain Kevin Miller is a third generation naval officer and growing up lived throughout the United States. He graduated from the University of Mississippi and was designated a Naval Aviator in August 1983. In his career he flew the A-7E Corsair II and FA-18C Hornet, deploying overseas six times throughout the 1980’s and 90’s aboard aircraft carriers with names like Nimitz, Dwight D. Eisenhower, George Washington, Theodore Roosevelt and Enterprise. He finished his career in the Pentagon serving on the staff of the Secretary of the Navy, retiring in 2005 after 24 years.

After leaving the service Kevin was employed as an associate at two Washington DC defense consulting firms. In 2010 he joined the Naval Aviation Museum Foundation as Executive Vice President and Chief Operating Officer. Today he is a self-employed defense consultant and leadership facilitator in Pensacola, Florida.

Kevin earned a Master of Science in Business Management from Florida State University and a Master of National Security Policy and Strategic Studies from the Naval War College. During his career he accumulated over 3,600 flight hours and 1,000 carrier landings from the decks of 11 aircraft carriers. His personal decorations include the Bronze Star, the Air Medal (with combat “V”), and two strike-flight Air Medals.

Kevin is active in several Pensacola-area civic and church organizations and serves as Vice President of Legislative Affairs for the Tailhook Association. In 2014 he published the Amazon best-selling novel Raven One, and he also lectures on the Battles of Midway and Leyte Gulf. 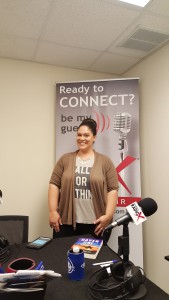 After her daughter was born extremely premature, Dannon left the corporate world and decided to dedicate her life to making an impact in the lives of babies and families who have a similar experience.  She is now the March of Dimes Community Director for the Gulf Coast Division in Pensacola, FL.  The March of Dimes is the leading national non-profit whose mission is to improve the health of babies by preventing premature birth, birth defects and infant mortality.  Founded in 1938, the March of Dimes funds programs of research, community services, education and advocacy. 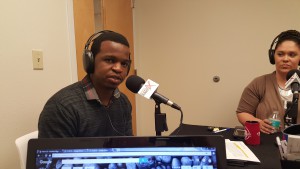 Christopher Hooks is a Pensacola native and the co-owner of Spotless Logistics Green Commercial Cleaning Services.  Christopher is a Florida State University graduate with a Bachelor’s degree in Information Technology.  Returning back to Pensacola in 2011 he aspired to start a business here in the Pensacola area.  With the help of co-owner Labarian Turner, the two started a commercial cleaning company with the goal of providing an affordable service with consistent results.  This past August Spotless Logistics was awarded the Best of 2015 for commercial cleaning services in the area by Thumbtack – a service to find high quality companies for various industries.  This award was given based on client reviews who have hired Spotless Logistics.  Christopher and Labarian plan to expand the current services offered next year and open new locations in nearby cities by 2017.