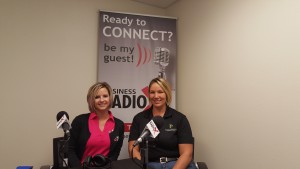 Mother and daughter pair, Terry and Audrey Preston, have been participating in parades all along the Gulf Coast since the 1980’s. They are the “bead ladies” behind Pensacola Parade People LLC. Our family knows parades and we LOVE spreading the Pensacola parade fever! After countless bead-buying trips out of state we recognized the need for a wider selection of quality beads and throws at affordable prices right here in the Pensacola Bay Area, and decided to open a Mardi Gras store devoted exclusively to serving our Pensacola Parading Community! Come see us at the store and “LAISSEZ LES BON TEMPS ROULER!”

Raised on king cake and moon pies, Audrey’s had the “bon temps” spirit since she was in diapers and grew up catching her grandpa’s and dad’s throws in Pensacola parades. As a Pensacola native, she believes “a parade ain’t a parade without beads!”Audrey honed the fine art of arriving early and staking out the best bead-catching spot until she was old enough to cross the barricades as a “floater in training”…aka a safety walker (a path her younger sister also took.) Walking the line of floats before the parade to admire everyone’s handiwork and trade custom Krewe beads and pins is her favorite part of any parade. The next best part is spending time with Krewe friends, new and old, at year-round festivities. When the floats have been parked in their barns and the streets have been swept, you’ll find her kayaking or playing with her Great Danes.

For the past 30 years, Terry has called Pensacola “home” and has enjoyed watching Mardi Gras festivities in the Pensacola Bay Area expand…they just keep getting better and better! Drawn to to the Pensacola Bay Area by the glittering, white sands and her retired military parents, Terry quickly took to the Pensacola parading traditions and has been active in various Krewes since the 1980s. Her first floating experience came in 1998 when she rode with a women’s Krewe…in the back of a pick-up truck in the beach parade. Since then, parading in Pensacola has gotten even more fun and every year sees more Krewes and bigger, better floats added to our parades. Introducing ‘newbies’ (visitors, transplants, and natives) to Pensacola’s Mardi Gras experience has always been her favorite part of the festivities. When there’s not a parade to be had (a rare occurrence for sure), you’ll find her following her favorite blues and zydeco bands. 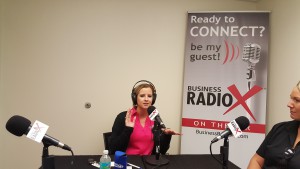 services include water damage mitigation, fire and smoke damage, mold and biohazard remediation, board-up and tarping services, complete reconstruction, national catastrophe response and mitigation services, and much more. With more than 5,500 technicians nationwide, and the largest fleet of vehicles and equipment in the country, we will secure damaged property quickly and efficiently, helping to minimize secondary damage.