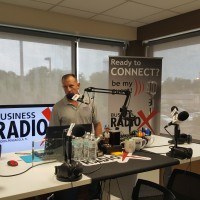 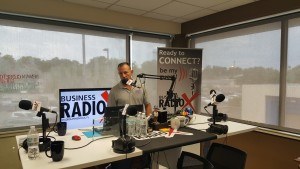 Born in Manhattan, NY and raised in Carmel, NY. After graduating from the State University of New York, he was commissioned a Second Lieutenant on August 5, 1988, designated a Naval Aviator on May 31st, 1991 and subsequently designated a CH-53E Helicopter pilot, December, 1991.

From June 1991 to May 1999, he served as a Squadron Maintenance Officer and Operations Officer in multiple Heavy Lift Helicopter Squadrons assigned to Marine Corps Air Station, Tustin, CA and Marine Corps Air Station New River, NC.  He participated in two Unit Deployments to Okinawa, Japan and a Landing Force 6th Fleet Deployment to the Mediterranean and served in combat support operations in the Kosovo area of operations.

From June of 1999 to July of 2009, he served in multiple upper level staff tours with HQMC, Combat Development, Quantico, VA and Marine Aviation Training Support Group-21, NAS Pensacola, FL. He served as Marine Aircraft and Anti-Air Weapons & Control Systems Requirements Branch Head and as the CH-53K Helicopter Requirements Officer where he led the effort to secure the Department of Defense CH-53K Program of Record, a $14B aircraft service life program. He served as the MATSG-21 as Group Executive Officer from 2005 until he retired from active duty on February 1st, 2010.

From 2010 through 2011, he served as Director of Operations for the Center for Strategic Military Excellence, Pensacola, FL and provided leadership and programmatic development designed to address gaps in veteran services provided by the Veterans Administration. During 2013 he Co-Founded DigiPro Media, LLC and he continues to serve the community by developing digital networks that serve small business and non-profit organizations.

Since 2009 he has served as Vice President for America’s Heroes Enjoying Recreation Outdoors (AHERO: www.AHEROusa.com), a non-profit organization that strives to reduce military and Veteran suicide. He also serves on the Board of Directors for the Veterans Memorial Park Foundation of Pensacola, a non-profit organization that is charged with the custodial care of the Park and its memorials to the men and women who have sacrificed their lives in the defense of this great nation.

At AHERO, we heal the physical and psychological wounds of war and military service by:

AHERO connects Veterans through outdoor activities as a means to recover from their physical wounds and psychological trauma to reintegrate with American life. Tax deductible contributions are dedicated to AHERO programming and we operate on a 100% all-volunteer staff.

$250Estimated cost of meals over the 4-day weekend