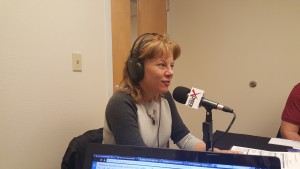 Andrea Krieger has served as the President/CEO of United Way of Escambia County since June of 2011.  Under her leadership, United Way has grown support of the local community to create a $3 to 1 return on investment.  In the recently completed 2014-2015 fiscal year, $3.14M in donor gifts, sponsorship and grants were leveraged through volunteer efforts and in-kind support to create an $11.6M impact on the local community.

Andrea has a strong commitment to making a difference in the lives of others and was taught early the value of service by her father who was a naval officer and aviator for 24 years.  She is the President for the Rotary Club of Pensacola and a Paul Harris Fellow.  Additionally, she is the Program Chair for Rotary District 6940’s RYLA program.  Andrea also serves on the Board of Central Credit Union and on the West Florida Hospital Women’s Advisory Board.  She is a 2003 LeaP, 2006 Leadership Okaloosa and 2013 LeadersEdge graduate.  Prior to joining United Way of Escambia County, Andrea led the Ronald McDonald House Charities of Northwest Florida through a successful $5M expansion of service to a new 26-bedroom Ronald McDonald House.  In part because of this role and her current position, Andrea has been named one of the Top 100 Most Influential People in Pensacola, was named the Best Non-Profit Executive Director/CEO as part of the Pensacola News Journal’s Best of the Bay Awards and was recently recognized as a Champion of Service by Volunteer Florida. She is honored and humbled by her ability to serve our community as the President of our local United Way. 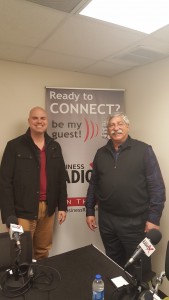 My educational background includes a BSBA in Finance from the University of Florida and an MBA from the University of West Florida.  I spent more than ten years on Wall Street in various roles within the investment banking community.  In my early years, I was a short-term money trader specializing in BA’s, CD’s, Treasury Bills, and I also specialized in using the Euro Dollar futures market to hedge cash positions. I collaborated with team members to build two government-trading operations.  My last position was with Merrill Lynch at its headquarters in New York on the institutional sales desk, specializing in short term money instruments.

Returning to Pensacola in the early 80’s, I started multiple businesses, including one of the largest printing businesses in the southeast, which supplied print to the US Government Printing Office. During this same time, I designed an online system to deliver printing contracts from the US Government and State agencies to printers throughout the US.  Currently, I own two companies, Salomon-Goldstein Properties LLC, which specializes in commercial real estate brokerage and Goldstein Properties which owns and manages commercial buildings. I have been active in promoting economic development in both Santa Rosa and Escambia counties for more than ten years and sit on multiple boards, including Center for Innovation and Entrepreneurship, Board of Governors at Pensacola State College, Santa Rosa Medical Center, and Rebuild Northwest Florida.

Currently, I am an adjunct professor in the MBA department at the University of West Florida as well as program coordinator for the Florida Vet Training Program sponsored by Florida Small Business Development Center state office.

Kelly Massey joined The Florida SBDC at the University of West Florida in 2014.  As Regional Director, Massey oversees the operations of SBDC offices located in Pensacola, Fort Walton Beach, and Panama City serving ten counties in the Florida panhandle.  He was previously the Center Director for the Henderson State University – SBDC located in Arkansas.  He was employed there for six years.

Massey has a Master’s degree in Business Administration.  His prior twelve years of experience were in the human resources management field working for large manufacturing companies such as Georgia-Pacific, International Paper Company, and Stant Manufacturing, Inc.

Massey serves on the Greater Pensacola Chamber Board, the Center for Innovation and Entrepreneurship Board, and on the Pensacola Entrepreneurial Ecosystem Group.