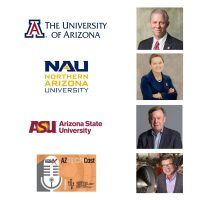 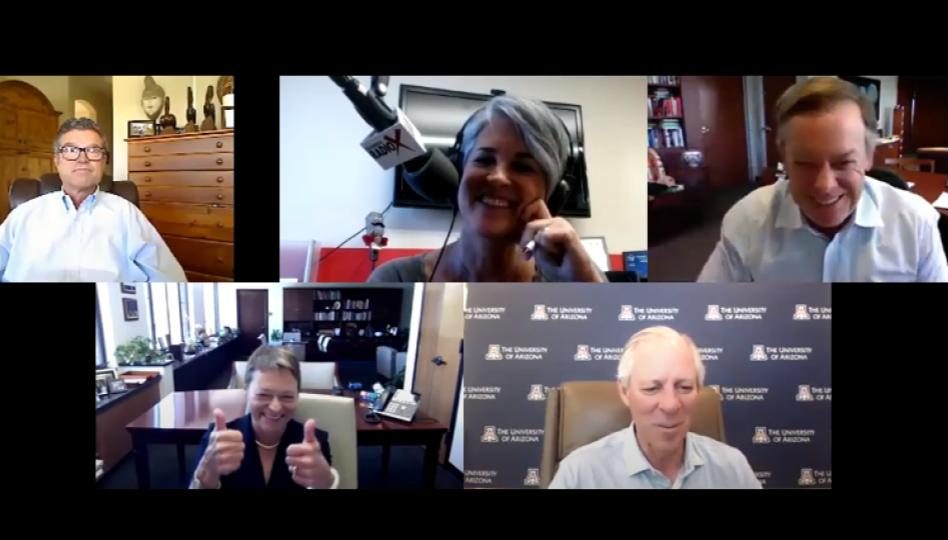 Roundtable – The State of Higher Education in Arizona E3

Arizona proudly boasts of having some of the best universities and educational institutions in the country, and in the world. Arizona is home to three world-class universities— Arizona State University, Northern Arizona University, and the University of Arizona.

Moderated by Phoenix Business RadioX President Karen Nowicki and Arizona Technology Council CEO Steve Zylstra, the state university presidents, Dr. Rita Cheng of Northern Arizona University, Dr. Michael Crow of Arizona State University and Dr. Robert Robbins of the University of Arizona discussed the state of higher education in Arizona and how COVID-19 has shifted higher education, the university programs that are helping to create a highly skilled workforce, collaborations with the private sector, how each university is working to bring about innovation-based economic development to the state, the relationship between the tech community and the university system, as well as what challenges and opportunities are on the horizon.

Students, educational institutions and faculty have all been tossed into an unprecedented situation during the pandemic. Home to three world-class universities—Arizona State University, Northern Arizona University, and the University of Arizona—the state university presidents shared valuable insight into what the new paradigm will look like to keep students and faculty safe in the fall, as well as discussed the importance of fostering local start-ups and the exciting new innovations coming out of each university.

The University of Arizona, a land-grant university with two independently accredited medical schools, is one of the nation’s top public universities, according to U.S. News & World Report. Established in 1885, the UA is widely recognized as a student-centric university and has been designated as a Hispanic Serving Institution by the U.S. Department of Education.

The UA advances the frontiers of interdisciplinary scholarship and entrepreneurial partnerships as a member of the Association of American Universities, the 62 leading public and private research universities in the U.S. It benefits the state with an estimated economic impact of $4.1 billion annually. 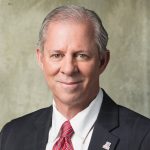 Dr. Robert C. Robbins assumed his position as the 22nd president of the University of Arizona on June 1, 2017. Previously, he served as president and CEO of the Texas Medical Center (TMC) in Houston from 2012 to 2017. In this role, he significantly enhanced TMC’s commitment to collaboration, introducing five cross-institutional research initiatives centered on innovation, genomics, regenerative medicine, health policy and clinical research.

An internationally recognized cardiac surgeon, Robbins has focused his clinical efforts on acquired cardiac diseases with a special expertise in the surgical treatment of congestive heart failure and cardiothoracic transplantation. His research work includes the investigation of stem cells for cardiac regeneration, cardiac transplant allograft vasculopathy, bioengineered blood vessels, and automated vascular anastomotic devices. Robbins is the author of more than 300 peer-reviewed articles and a former guest editor of the Circulation Surgical Supplement.

In addition to his role at the UA, Dr. Robbins serves on the boards of the Arizona Commerce Authority, Southern Arizona Leadership Council, Tucson Metro Chamber of Commerce, United Way of Tucson and Southern Arizona, and the Greater Phoenix Economic Council. He is also a member of the Chairman’s Circle of Sun Corridor, Inc., and a member of Greater Phoenix Leadership. While at TMC, Robbins served on the Houston branch of the Dallas Federal Reserve board, the board of directors of the Welch Foundation, and the American Heart Association Southwest Affiliate in 2016. He served on an independent blue ribbon committee to evaluate the Veterans Affairs health system, and the World Affairs Council of Greater Houston honored him as the 2016 International Citizen of the Year.

Founded in 1899, Northern Arizona University delivers world-class academic programs for a world-ready generation. In every classroom, top-flight research powers personalized teaching. With a commitment to delivering research-driven curricula and personal attention to our students, NAU provides the college experience, elevated.

NAU has much to be proud of, including nationally ranked programs, high-research status, and emergence as a leader in sustainability, science, business, green building and cultural arts.

Recognized as an institution that has thrived due to strong leadership, the devotion of alumni and faculty and community support, NAU offers more than 150 combined undergraduate and graduate degree programs, all distinguished by an ongoing commitment to close student-faculty relationships. 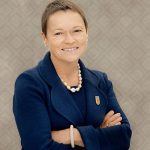 Dr. Rita Cheng serves as the 16th president of Northern Arizona University. As a first-generation and non-traditional college graduate, Dr. Cheng firmly believes in making higher education accessible and affordable for all students.

Under her leadership, NAU has embarked on an aggressive agenda to thrive in the fast-changing environment of higher education. She has amplified the university’s strengths and set forth a vision of excellence in education through student-centered teaching, a robust research environment, an extensive global engagement program, and inclusive support services focused on success measured through retention and graduation rates.

Prior to NAU, Dr. Cheng served as chancellor at Southern Illinois University in Carbondale. She previously held positions on the faculty and various administrative roles including, provost and vice chancellor, at the University of Wisconsin-Milwaukee. She is internationally recognized for her research in government and nonprofit accounting.

Dr. Cheng earned a Ph.D. in management from Temple University’s Fox School of Business and Management, where she was recently recognized as one of 100 notable alumni in the school’s 100-year history. She also holds an MBA from the University of Rhode Island and a bachelor’s in business administration with honors from Bishop‘s University in Quebec. Committed to service, Dr. Cheng also serves on a variety of local and national boards.

Arizona State University is a public research university ranked #1 in the U.S. for innovation, dedicated to accessibility and academic excellence. Commonly referred to as ASU, the university is comprised of five campuses across the Phoenix metropolitan area and four regional learning centers throughout Arizona. 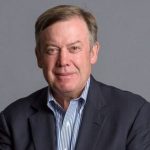 Dr. Michael M. Crow is an educator, knowledge enterprise architect, science and technology policy scholar and higher education leader. He became the sixteenth president of Arizona State University in July 2002 and has spearheaded ASU’s rapid and groundbreaking transformative evolution into one of the world’s best public metropolitan research universities. As a model “New American University,” ASU simultaneously demonstrates comprehensive excellence, inclusivity representative of the ethnic and socioeconomic diversity of the United States, and consequential societal impact.

Lauded as the ”#1 most innovative” school in the nation by U.S. News & World Report, ASU is a student-centric, technology-enabled university focused on complex global challenges related to sustainability, economic competitiveness, social embeddedness, entrepreneurship and global engagement. Under Dr, Crow’s leadership, ASU has established twenty-five new transdisciplinary schools, including the School of Earth and Space Exploration, the School for the Future of Innovation in Society and the School of Human Evolution and Social Change, and launched trailblazing multidisciplinary initiatives including the Biodesign Institute, the Julie Ann Wrigley Global Institute of Sustainability, and important initiatives in the humanities and social sciences. 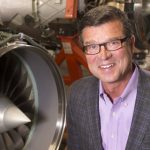 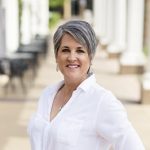