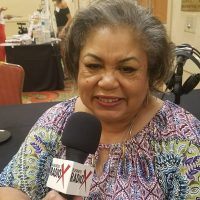 VALLEYLIFE is a 70 year old not for profit organization that provides services to individuals with disabilities. They help men, women, elderly, and children in the metropolitan Phoenix area by enriching their lives with opportunities to thrive in their everyday life and increase their independence. 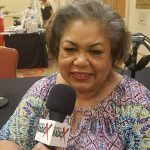 Margaret Stephens-Reed is a native of Washington State who moved to Arizona in the winter of 2006 after spending eight years in Northern Virginia. Since her move to Phoenix, Ms. Stephens-Reed served as Director of Development for several area non-profits. In 2009 Margaret joined the VALLEYLIFE team as Senior Vocational Program Manager. In this role she was accountable for a staff of 30 and nearly 200 vocational trainees

In November of 2010, Margaret was appointed as the Director of Fund Development for VALLEYLIFE. Her department is responsible for fundraising, special events, community Relations, grant writing and other duties as assigned. In October they held a very Legacy of Love Gala celebrating the agency’s 70 years of providing services to adults with disabilities.

Mrs. Stephens-Reed earned her Bachelor of Arts degree from Eastern Washington University of Cheney, Washington, and is a member of Zeta Phi Beta Sorority, Inc.; Central Phoenix Women, Women of Scottsdale, North Phoenix Women and East Valley Women. She serves on the Arizona State Oversight Board for Defensive Driving Schools and is a Board Member of the Planned Giving Roundtable of Arizona and The New Foundation.

She was recently honored as a Strathmore’s Who’s Who and in January 2016 she was honored as the Banking on the Future Mentor by Phoenix Suns and National Bank of Arizona. In February of 2018, Margaret was named 2017 East Valley Women of the year and in March she was named 2018 FOXY Woman of the Year.

She is married to retired educator Phillip Reed and the parent of a very spoiled cat named Boola.