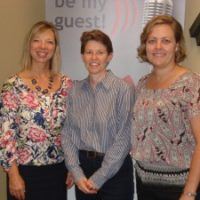 Senior Salute Radio brings timely information to leading edge Boomers and Seniors about issues involving care-giving and aging.  Learn from both professionals and regular people going through the process with their families. Each week we will also Salute an incredible Senior. 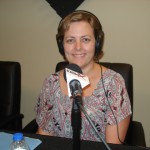 The ALS Association of Georgia aims to empower, care for, and support all those living with ALS in Georgia, while advocating for a cure. The ALS Association is the only national affiliated not-for-profit health organization dedicated solely to ALS.

Since its founding in 1988, the ALS Association of Georgia has worked with ALS patients and their families to ensure the highest quality of life possible. The progression of ALS varies significantly from one patient to another. No matter a patient’s situation, the ALS Association of Georgia is available to provide vital services and reliable information. 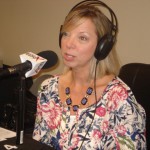 The American Parkinson Disease Association (APDA) was founded in 1961 to facilitate patient and family support, medical research and education. APDA carries out its mission through a network of chapters, Information & Referral Centers and affiliated support groups which provide education, counseling, assistance and referrals throughout the United States. There are now 65 chapters, 62 Information & Referrals Centers and more than 250 affiliated support groups from coast to coast. The Atlanta Chapter was chartered in 1985 to further the mission of APDA in the Atlanta area. The chapter was then changed to the Georgia Chapter in 2002.

The American Parkinson Disease Association has placed a vast emphasis on grassroots organizing of Information and Referral Centers, chapters and support groups. Since the initiation of Operation Outreach in 1983, the number of chapters, their efficiency, and the funds they have raised have grown dramatically. It is this grassroots structure that distinguishes APDA from other organizations serving people with Parkinson’s disease.

An estimated 1.5 million Americans have Parkinson’s disease. Parkinson’s is a slowly progressive brain disorder resulting in the loss of dopamine production. Dopamine is the neuro-transmitter responsible for aiding in body movements. Symptoms include slowness of movement, tremor, muscle stiffness, and postural instability. To date there is no cure.

After being diagnosed with Parkinson’s disease, Wayne Huey continues to serve as a teacher and counselor and live a very active lifestyle. Wayne’s tips for coping with Parkinson’s:

1. Stay active and engaged both physical and mentally

2. Find a doctor who specializes in PD or movement disorders

3. Connect with others, keep communication open

4. Don’t let PD define who you are