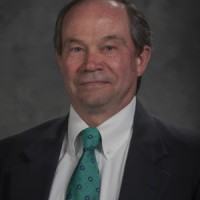 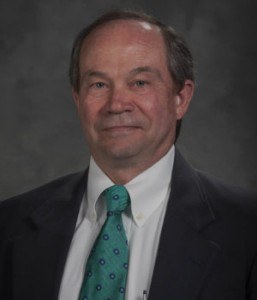 Based in Macon, Ga., B&D Industrial is the Southeast’s largest independently owned distributor of industrial bearings and power transmission equipment, including motors, gearing and automation equipment. The firm acquires the parts from 30 primary suppliers, though they work with several hundred in all. While many suppliers are located in other countries, Nations says he is seeing a shift back to the U.S. He speculates that freight costs and instability in other countries may be behind the movement.

B&D Industrial’s customers include industrial plants across the Southeastern U.S. And in some international locations. He says they range from mom-and-pop operations doing machine work to Fortune 500 manufacturers. While the original core business was providing off the shelf parts, the company has transitioned into building systems and providing solutions for clients as well.

As the distributor between the parts manufacturer and the end user, B&D Industrial’s role is to keep a supply of products in inventory so clients have good access and to offer clients expertise regarding the products and their applications. They have more than 30 branches around the Southeast. At some of these locations, called Mega Branches, multiple company divisions are located under one roof. Synergy occurs when the different groups and different types of professionals, ranging from electrical engineers, programmers and sales staff, are under the same roof. The Mega Branches also help B&D build business because they can easily showcase all of their services to potential clients.

In 1947, Andy’s father bought a Griffin, Ga., distribution business, renaming it Bearings and Drives. His original investment was $9,000. The company remained stable until Mr. Nations moved it to Macon in 1950. Located in the center of the state, Macon provided a better location and better highways. One employee who was part of the move is still working with the company.

Once Bearings and Drives moved to Macon, the company grew rapidly. In their first month there, they did almost as much business as they had done in previous years. In 1955 they moved from their leased location to their current headquarters. All human resources and accounting functions are handled from the Macon offices, and the Bearings and Drives and B&D Service divisions are housed there as well. A large warehouse houses parts for customers within a 50-60 mile radius. The branch offices service other territories around the Southeast.

Andy himself started working for B&D industrial as a 16-year-old in 1965. For $1.25/hour, he worked in the warehouse and made deliveries. He continued working in the summers through high school and his years at the University of Georgia, where he pursued a business administration degree with a major in finance.

Andy says his parents did not push him to join the company. However, in one conversation, Andy says he showed the typical college-age idealism and told his dad that he really wanted to have a job that helped people. He recalls his father’s telling him that’s exactly what they did at Bearings and Drives. They gave people jobs so they could support their families and provided opportunities for employees to grow in their careers.

Still, Andy thought he might pursue a master’s degree in business administration. His college advisers, however, told him he could learn more in two years of working in the family business than he would by studying business in school. Then he thought he might pursue a career in banking, which would allow him to use his finance degree and, as a bonus, pay very well. In the end, he decided the family business offered more opportunities for growth. After he graduated in 1971, he joined the company full time.

Andy’s first position was in inside sales and customer service, where he primarily helped customers over the phone. He says it was a good role for building relationships and learning the company’s products. For the first two years or so, however, he says he still questioned his decision to join the family business. The other employees accepted him, but he felt he needed to prove himself and perform better than his coworkers. He believes his father probably held him to a higher standard, too.

Soon, he moved into accounting. He took more advanced accounting courses than he had taken in college, and he could now see how to apply the concepts. In the early 1970s, he says it became apparent that the company needed a computer system. In 1974-75, they invested in an IBM System 3. Andy enjoyed the challenge of going through IBM schools and becoming a programmer. Using a system with punch cards and large floppy discs, he eventually transferred their accounting and bookkeeping functions to the computer.

The technology increased their productivity. They were more efficient and accurate. They used the data to analyze the cost effectiveness of business activities, to manage inventory, and to evaluate and reward people more accurately.

When Andy joined B&D full time in 1971, the company was about to add its seventh branch office. The company continued to grow out from Macon through the 1970s and 1980s. They made a few acquisitions, but most of their growth was organic. As a salesperson traveled around an area and saw potential growth there, B&D came in with a branch office. Andy says many manufacturers were moving from the North to the Southeast during those years, so it was a time of rapid growth.

In the mid 1970s, Andy became secretary-treasurer of the company. He moved from the back offices to working more directly with people in the different locations. The increased exposure helped him learn all aspects of the business. Andy says his father was gradually decreasing his own role in the company while he increased Andy’s. In 1983, when his father turned 65 and Andy was 34, Andy was named company president, and his father became CEO. Ten years later, Andy took on the CEO role, while his dad became chairman of the board of directors.

Andy says his dad had never been one to look over the shoulders of his employees; he gave them a job and held them accountable for it. In 1993, he became even less involved in the day-to-day business, focusing only on the financial and strategic aspects of B&D.

Andy had married in 1975. His wife pursued her career in nursing, never working with B&D. When their three daughters were old enough, however, they performed clerical duties in the offices during the summers. The older daughters discovered they did not like working with the business. They eventually earned degrees in speech and journalism from the University of Georgia, and they are now both full-time moms.

The youngest daughter, Lauren, also attended the University of Georgia and earned a business degree. She initially worked for a private equity firm in Atlanta. She came to work for B&D in 2008, where she has been exposed to different areas of the business. When B&D adopted a new software system three or four years ago, she was instrumental in assisting employees in adopting the changes. She also helps with evaluation of the financials and measuring efficiencies.

Two of Andy’s nephews, a niece and a son-in-law have also joined the business. Each has taken a different path inside the business, gaining exposure to different areas. The nephews, Ben and Brian, came to B&D straight from college and initially worked in inside sales. His son-in-law, Tim, graduated from Auburn University, worked for IBM for 8-10 years, then joined B&D about five years ago. Andy says he heavily recruited his niece, Courtney, before she joined the company in 1999. She had worked for a Charlotte importing company, and B&D was starting the international side of its business. Courtney started the international division, which has since moved to Tampa. She now works part-time.

B&D has an Executive Council comprised of family members and members of senior management. They meet regularly to discuss issues and opportunities, offering a good blend of perspectives from family and non-family members.

The company’s shareholders include Andy and his two siblings. His brother, an Atlanta attorney, and his sister, a retired school teacher, are not involved in the day-to-day business, but each has at least one child working for B&D. All three siblings serve as corporate directors, along with two outside directors. They meet quarterly to discuss the “big picture” part of the business.

Andy says that some business discussions will inevitably occur when the family gathers, but they try to keep it to a minimum. He says the family enjoys spending time with each other and doing things together. It’s too early to predict Generation 4’s future involvement at B&D. Andy has four grandsons, aged 2 to 5 years. He hopes, however, the business will continue into the next generation.

What’s Next for B&D?

Currently, B&D has more than 30 locations, but there’s still potential for expansion. He says the automation and technical sides of the business offer opportunities for growth. Because they have thousands of customers, they can use those relationships as they offer new services. Also, many of those customers have multiple locations around the country and the world. As B&D provides a solution in one location, the client will also ask B&D to provide the same service in its other plants.

There’s also opportunity for international growth. The company currently works with suppliers in India, for example, and they have customers in Brazil. Andy sees great potential in Asia as well.