Derek Gable: I have this great idea but I don’t know what to do with itron
Download Audio

Derek Gable of West Coast Innovations is going to tell us how to enjoy your life to the fullest in the world of inventing. 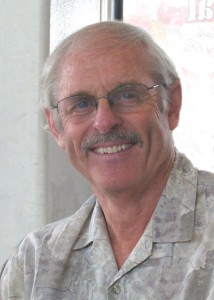 Derek Gable has been a very successful inventor and product developer for over 40 years with dozens of his creations making it to the market place.

Gable ran a large part of the think tank at Mattel for about 16 years and was responsible for creating and/or managing many big hits including Masters of the Universe and items for Barbie, Hot Wheels, large promotional dolls, games, preschool etc.

Gable invented the recording Lock Box system for showing Real Estate in 1979 and along with a partner formed a company to produce and market the system. The company was successful for 15 years produced over 1.5 million units, controlled 80% of the business worldwide and employed over 200 people.

In 1984 Gable formed West Coast Innovations [WCI] an invention and product development company with an extensive network of associates capable of creating new concepts and taking them all the way to production. WCI has successfully licensed many items to most of the major toy companies and several other industries

Gable is very interested in helping other rookie inventors and mentoring high school students with passion and potential. Gable does guest speaking and ran a class for inventors called “I have this great idea but don’t know what to do with it”