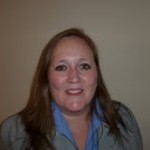 Debbie Riney Smith is a Senior Vice President in the Atlanta office of SunTrust Investment Services, Alexander Key Division.  She has over 18 years of industry experience, with an expertise in investment analysis and portfolio management. Debbie started in the business in 1994 at Legg Mason in Baltimore, MD as a mutual fund analyst.  In 1997, she was recruited to J.C. Bradford in Nashville, TN to provide mutual fund marketing and analytics to their advisors.  In 2000, after PaineWebber merged with J.C. Bradford, she moved to Charlotte, NC to manage the mutual fund department, and build new marketing strategies to help advisors close business.

In 2001, SunTrust recruited Debbie to move to Atlanta, GA and build a new high net worth brokerage group entitled “Alexander Key Investments”, focused on high net worth individuals and corporations looking for unique investment solutions.  She wrote most of the marketing and sales brochures for the products she was responsible for, provided “buy lists” for the advisors to use

with their clients, and traveled through the Southeast speaking at advisor and client events on the brokerage services industry.

In 2007, Debbie decided to make a career shift, going to the sales side in her industry.  She joined Charles Wellborn, in his investment advisory and financial planning practice, still at SunTrust Investment Services.  They formulated the Wellborn Group and manage $400 million in client assets.

Debbie is from Dayton, Ohio. She graduated from the College of Notre Dame of Maryland, a women’s college on Baltimore, MD, with a degree in mathematics.  Her personal passion is helping people, whether that be personally or professionally.  She herself has used a career coach from time to time to help keep her focused on the next challenge that comes her way. 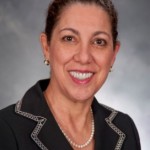 Rita Izaguirre is Senior Vice President Diversity & HR Compliance for SunTrust Banks, Inc one of the nation’s largest financial services holding companies with total assets in excess of $170 billion.  SunTrust is located throughout the Southeast, with over 1,600 branches and almost 3,000 ATMs. In her role, Rita is responsible for SunTrust’s employment brand driving corporate strategy and execution of diversity activities and talent acquisition. She also oversees regulatory compliance and operational risks associated with the human resources function for the Company. Rita joined SunTrust August 2009, and has extensive experience in human resources and employment law.

Prior to joining SunTrust, Rita was the Compliance & Diversity Leader for General Electric Healthcare where she managed human resources compliance, diversity and employer of choice efforts in the US and Europe. She practiced law in the US and Latin America, and in 1997 moved to the Human Resources field where she has held a variety of roles with Fortune 100 companies, as well as public sector organizations.

Rita holds an undergraduate degree in Political Science from Barry University, a Law degree from Nova University and a Certificate in Organization Development from Georgetown University. She is admitted to the Florida Bar; also holds the SPHR designation. Rita taught Managing Workforce Diversity in the graduate OD/ HR program at American University in Washington, DC, and has been published on the Intercultural Management Quarterly.

Rita is a member of the board of Year Up, a national organization that provides urban youth educational tools to achieve their potential.  Rita is married and lives with her husband, Amado, in Atlanta, GA.