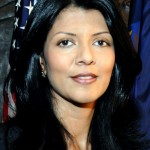 “If I have to be 20% smarter than the next guy, then that’s a problem I can solve”.  This is the kind of confidence we wish more women leaders would have! We sat down today to talk with Duriya Farooqui, the Interim Chief Operating Officer of the City of Atlanta.  Named to the position about 3 months ago, this is Duriya’s first full interview about her story, leadership philosophy and the work she is doing with Mayor Kasim Reed to help serve the people of the City of Atlanta.  Listen in to the interview to learn more about the impact she wants to make for the people of Atlanta.

Working for Mayor Kasim Reed, Duriya manages all operating departments including Aviation, Police, Fire, Corrections, Watershed Management, Public Works, Parks, Recreation and Cultural Affairs, Planning and Community Development as well as several support departments and external agencies. She led the Atlanta Streetcar project that was awarded a $47M federal grant in 2010 and is set to become the first spur of light rail transit within the Atlanta region in 2013.

Since joining Mayor Reed’s administration in 2010, Duriya has led major mayoral initiatives to completion. She managed development of the administration’s first budget proposal, which added 100 police officers and opened all recreation centers after closing a budget gap of over $40M. She also led the city’s negotiations with Delta Airlines and other carriers in 2010 that amended their lease agreement with the city to add $30M in airport revenues. The lease amendment enabled the timely financing of the international terminal that is set to open in 2012. Duriya also worked with Chief Operating Officer Peter Aman to develop the proposals and analysis for pension reform that passed in June 2011, which is projected to save the City $500M over 30 years.

Duriya began her tenure at the City of Atlanta in the Finance Department in 2007 and completed the city’s first public infrastructure assessment that quantified a $750M backlog in investment. In 2008 she assumed the role of Performance Management Director in the Mayor’s Office to drive the citywide performance management program (ATLStat). She acquired significant experience in citywide operations and performance improvement before joining Mayor Reed’s administration in January 2010 as the Deputy Chief Operating Officer.

Duriya holds a Masters in Public Administration and International Development from the Kennedy School at Harvard University and was awarded a fellowship on merit of professional promise. She received a B.A. in Economics and Mathematics from Hampshire College, under a full scholarship. Prior to joining the City of Atlanta, Duriya’s experience was focused on international policy

Duriya moved to Atlanta from the Boston area in 2004 and enjoys living near Candler Park with her family.