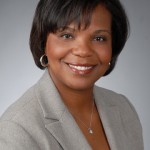 What does leadership in crisis situations look like? Learn from Sandy Gordon, VP In-Flight Field Operations for Delta Airlines. Hear her behind-the-scenes story of how the Delta team became the first airline to get planes back up in the air after the 9/11 attacks.

In her interview Sandy also talks about the most important leadership principles she has learned from 9/11 and other experiences through her 20-year career at Delta Airlines: 1) You need to put yourself in others’ shoes, 2)  Authentic and genuine personal communication is important – How to deliver difficult messages and have a voice at the decision-making table, 3) Ability to lead in uncertainty is critical – you will not have all the information and have to still make decisions 4) Always continue learning, 5)   Enjoy every day, be passionate about what position you’re in NOW.

Sandy currently serves as vice-president of In-Flight Field Operations for Delta Air Lines (named by Fortune magazine as the most admired airline worldwide in its 2011 World’s Most Admired Companies airline industry list). In this position, she is responsible for providing leadership and strategic direction related to managing the day-to-day customer service performance of Delta’s more than 20,000 flight attendants, supervisory and administrative personnel spanning the globe in 13 US and 11 international bases. In addition, Sandy oversees the development of In-Flight policy and procedures to help ensure the safety and security of Delta Air Lines passengers and flight attendant crews.

A twenty one-year Delta veteran, Sandy began her career as a flight attendant, where she quickly rose through the ranks learning the detailed specifics of the airline operations with emphasis on the In-Flight Services department. Throughout her career, she has been known for promoting an inclusive and respectful work environment where employees are engaged and work in partnership with the leadership team. The use of these skills resulted in Sandy being the recipient of the R.E.A.C.H. Award, recognizing her decisive and effective leadership during the events of 9/11.

In addition to her core responsibilities, she serves on the Delta Benefit Funds Investment Committee and is a member of the Delta Air Lines Diversity Council tasked with the goal of helping to define, implement, and champion corporate global diversity strategies. Named one of Atlanta’s top professional women in 2010 by Business to Business magazine, Sandy is also a recipient of the CareerFOCUS Eagle Award and is a member of the Leadership Atlanta class of 2012, the oldest sustained community leadership program in the nation.

Gordon gives back to her local community in numerous ways. Among other volunteering activities, she is on the Board of Directors of Big Brothers Big Sisters of Metro Atlanta, she volunteers with a local Girl Scouts troop, she is Vice President of the Atlanta chapter of National Epicureans – a civic and social organization that promotes and sponsors social, cultural, literacy, and charitable affairs – and is involved in the National Sickle Cell Project. She is also a member of Delta Sigma Theta, a public service sorority.

A graduate of Hampton University, where she received her Bachelor of Science degree in Finance, Sandy is a native of Atlanta and now resides in Fayetteville, Ga., with her husband and their two children.