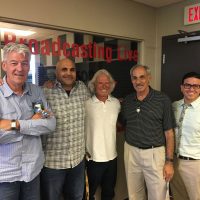 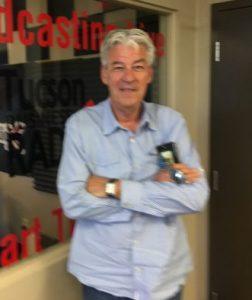 Mark holds professional designations as both a Certified Commercial Investment Member (CCIM) and as an Office Specialist with the Society of Industrial and Office Realtors (SIOR). In fact, he is the only office and medical specialist in Southern Arizona to hold both distinguished designations.

Mark is very active in the community and serves a leadership role for Rio Nuevo Multi-facilities District, serving as its Vice Chair/Secretary since he was appointed by the Speaker of the House in 2013. The District is responsible for downtown redevelopment. Davis Monthan Air Force Base, Honorary Commander, Tucson Metropolitan Chamber of Commerce, Board Member, The Rotary Club of Tucson, The Tucson Breakfast Club, BSD Winers and Diners, Mark was one of the Founders of the Nova Home Loans Arizona Bowl. 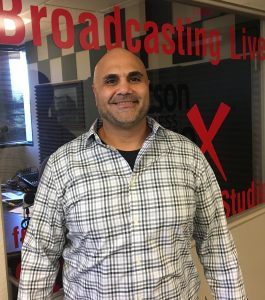 Ali is an AV-rated attorney who practices in the areas of labor and employment, business consultation, commercial litigation and personal injury defense, across multiple jurisdictions. He is well known in Tucson for being a community activist and loves being a High School football coach.

Ali Farhang is the Founder and Chairman of the Board for the NOVA Home Loans Arizona Bowl, which is held annually at the Arizona Stadium in Tucson. Ali was instrumental in founding the Nova Home Loans AZ Bowl, and now is a partial owner of the Sugar Skulls that will be representing Tucson. He is very proud of the fact that the Arizona Nova Home Loans Bowl was Named the 8th best Bowl of the Season by CBS Sports. It has generated $33M in economic impact – second to the Gem show in Tucson and the game was watched by over 4.8m people on CBS Sports network.

The “NOVA Home Loans Arizona Bowl” gives over $500k to local charities in Tucson. “I almost wanted to name the game the ‘Tucson Renaissance Bowl’ because I believe Tucson is at the start of a renaissance as a place to be,” says the 43-year-old attorney. 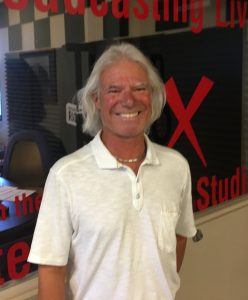 Ray is known in the industry as the pioneer of mortgage brokering, although NOVA® is now a full-service mortgage bank. He is currently President and Founder of NOVA. And is extremely proud of the NOVA® family he has created. In his own words “It’s the NOVA® people and their dedication that make NOVA® what it is today”.

NOVA® has consistently ranked as the #1 lender in Southern Arizona and is the largest privately held mortgage bank in Arizona”. NOVA® Home Loans was founded in 1980 in Tucson, AZ. The company is licensed as a Mortgage Bank and Mortgage Broker. NOVA® Home Loans has 14 offices throughout Arizona, and also provides loan services in Alaska, California, Colorado, Florida, Illinois, Kentucky, Nevada, New Mexico, Oregon, Utah, Washington, and Texas. They are able to originate loans in 12 states.

Ray’s personal loan team at NOVA® is the Presidential Team. The Presidential Team is comprised of a select few of the top mortgage professionals in the industry. They deliver VIP treatment to Ray’s circle of friends, family, clients and all of their referrals. NOVA HOME LOANS has sponsored the Boys and Girls Club since 2004. 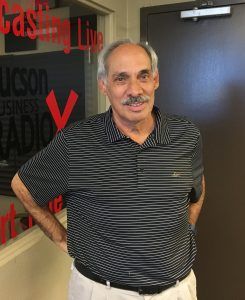 Mike also spent five years with the New Orleans Saints from 2011 – 2015 as well as operating the New Orleans Voo Doo for two years in the Arena Football League. He was also with the Arizona Diamond Backs in 2014/15 as Co-Ordinator for Tucson Special Projects and then in 2016, the Executive Director of the NOVA Home Loans Arizona Bowl.

Mike is looking forward to his next challenge as the Executive Director of the Tucson Sugar Skulls Indoor Football team a brand-new initiative for Tucson.