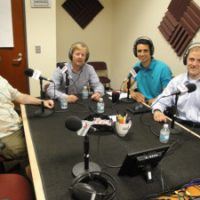 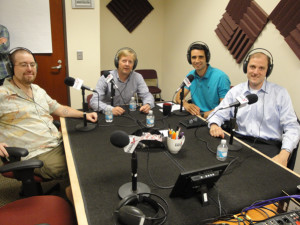 Ernie Garcia, Jr. is the President and Founder of Carvana, a disruptive new voice in the auto industry. As head of the first complete online auto retailer from search to finance to delivery, Garcia is focused on bringing a new energy to the antiquated dealership model. Leveraging relationships with Drivetime, Carvana is backed by more than $1 billion in revenue and over 20 years’ experience in the car buying and selling market.

After graduating from Stanford, Garcia held a position at Royal Bank of Scotland, which primed him to enter the finance arm of the family business. Equipped with knowledge of both the financial and automotive industry, the disconnect between dealer and customer benefit quickly became apparent to Garcia. Convinced that the antiquated car buying process could be transformed into a seamless, open and mutually beneficial process by leveraging technology, Garcia founded Carvana. Under his leadership, Carvana is seeking to disrupt the brick and mortar dealer model with direct-to-consumer sales and is pioneering the car sales model through technological advancements.

Garcia currently resides in Phoenix, Ariz. with his wife and young daughter. When he’s not on a plane visiting Carvana operations outside Atlanta, he enjoys spending time with his family, trying his hand as an amateur songwriter and practicing his comedy routine.

Louis Gump is a seasoned executive with deep experience in mobile media, technology, sales and business development. As CEO of LSN Mobile, he leads the overall strategic direction of the company, as well as day-to-day operations, product realization and team development. He is also a member of the board of directors.

Prior to joining LSN Mobile, Louis led industry-leading mobile teams at both CNN and The Weather Channel, setting benchmarks for excellence and market impact. Having also served in various industry associations, Louis is considered a driving force within the mobile media industry. He has received numerous awards including the 2011 Wireless Technology Forum’s Mobile Media Person of the Year, the 2010 MMA Lifetime Achievement Award and the 2009 “Top Ten mobiThinkers” award. Louis holds an MBA from the University of Virginia Darden School of Business and a Bachelor of Arts degree from Duke University.

Todd Semrau specializes in developing and managing food & beverage brands for restaurants, mixed use developers, hotels, resorts, food trucks and B2B retail food operations. His career in the hospitality industry started in 1995 when he opened his first restaurant; The Heaping Bowl in East Atlanta Village, (EAV).  The “Bowl” helped spur the revitalization of East Atlanta which today has become one of Atlanta’s popular in-town, indie hangouts.

10 years of operations and four additional restaurants gave Todd a bird’s eye view of the positive impact a community focused restaurant concept can have on the community it serves. Along the way, Todd realized he had a knack and the vision for developing compelling food and beverage concepts that could spark community, synergy and good growth in any setting.  Since creating his company Urban Eats Consulting Group, Todd has consulted with a wide range of clients including: new restaurateurs,  commercial developers, restaurant companies, hotel developers, food truck operators and neighborhood grocery/deli owners.

Sean M. Bodmer is Chief Researcher at CounterTack, Inc. focusing on analysis of observable traits and effects of crimeware and the tradecraft cybercrime operators and malware purveyors. Sean has worked Information Systems Security and cyber counterintelligence roles for various firms and customers over the past seventeen years across United States. Most notably, he has spent several years performing intrusion and intruder analysis/attribution for Fortune 100, Defense Department, and ‘other’ Federal Agencies.

At CounterTack, Sean is leading the development of next-generation detection techniques that focus on in-progress detection and countermeasures through the use of passive and active honeynet technologies. Sean is an avid contributor to the Security Industry and has shared many lessons-learned and findings surrounding the tradecraft of organized and persistent threats. In 2009, Sean co-authored with McGraw-Hill Professional Press, ‘Hacking Exposed: Malware and Rootkits 1st Edition’ and is currently working on the 2nd Edition due out in Q2 2014.

In 2012, Sean co-authored ‘Reverse Deception: Organized Cyber Threat Counter-Exploitation’ and is also co-authoring ‘Hacking Back: Offensive Cyber-counterintelligence’ that will focus on “precision hack-backs and takedowns” ranging from the tradecraft, lessons learned, and the legal and ethical issues surrounding hacking back and takedowns of live or active cybercriminal infrastructures and persistent threat campaigns.