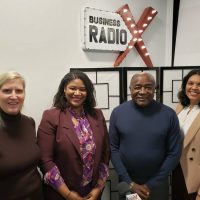 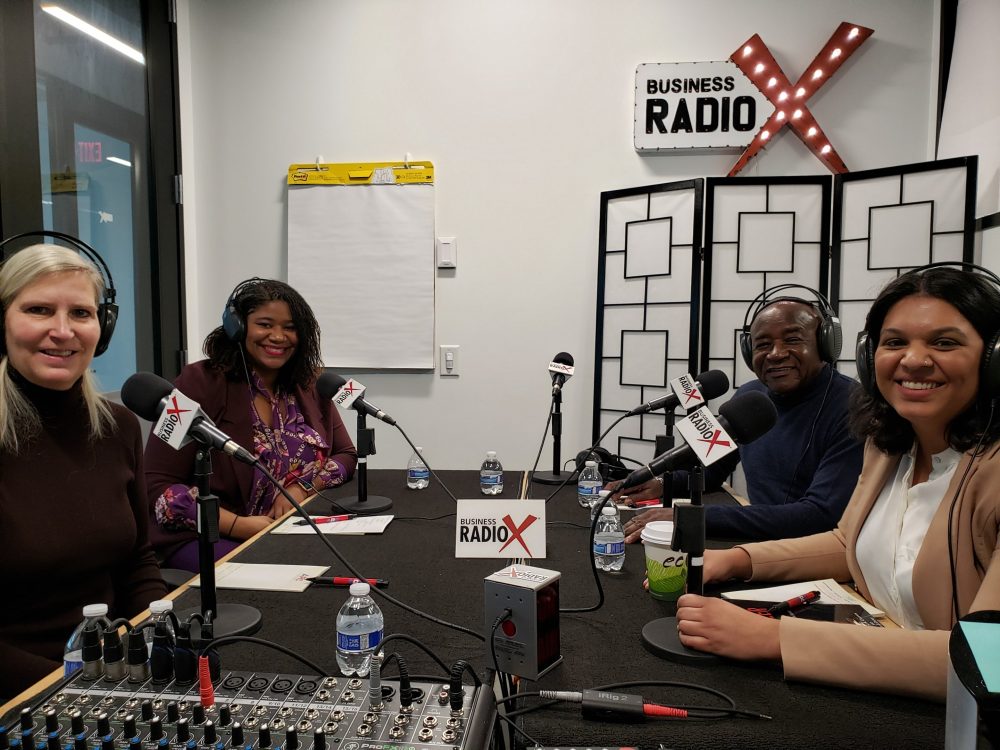 Carl Ware is an American success story. Born in 1943 to humble Georgia sharecroppers, he faced hardship while growing up black in the Jim Crow South. His father made history as the first black man to vote in Georgia’s Fifth Congressional District since Reconstruction.

Ware worked his way through college, taking part in the Atlanta Student Movement. Inspired by Dr. Martin Luther King Jr., he rose to become one of the most influential business leaders and philanthropists of his generation. Ware was elected to the Atlanta City Council in 1973 and later served as its first black president from 1976 to 1979. In 1979 he was named vice president of Special Markets for Coca-Cola USA.

He founded the Coca-Cola Foundation and became known as the company’s “Daring Diplomat.” As the highest-ranking African American executive at the Coca-Cola Company, Ware would become the architect of his employer’s South Africa disinvestment and the first American businessman to meet with Nelson Mandela after his release from prison in 1990. During this time, Ware proved instrumental in the fall of South Africa’s brutal system of apartheid.

In 1991 he was appointed deputy group president of Coca-Cola’s Northeast Europe Africa group. In 1993 he became the company’s first black group president, heading the Africa operations. Retiring from Coca-Cola in 2003 as head of global public affairs and administration, Ware served on the boards of Georgia Power, National Life of Vermont, Cummins, Chevron, and PGA Tour Golf Course Properties, as well as the Council on Foreign Relations, the U.S. Chamber of Commerce, and as chairman of the Metropolitan Atlanta Chamber of Commerce.

Now, for the first time, Carl Ware shares his incredible, inspiring story and how he rewrote the rules for power sharing in America. Portrait of an American Businessman: One Generation from Cotton Field to Boardroom.

Nermin Jasani is managing partner at Highland Oak Group, a business growth consultancy based in Atlanta Georgia and works with business owners who specifically want to grow by increasing their revenue, expanding locations or selling the business.

Her expertise is in growth and the challenges businesses face when growing. She is a former Wall Street attorney, tech start up founder, and manufacturing COO. She’s worked with hundreds of business owners in a spectrum of categories including lawyers, plastic surgeons, restaurants, construction and manufacturing plants.

Nermin is a self proclaimed nerd, avid podcast listener, and lover of Atlanta.

Connect with Nermin on LinkedIn.

White Plains, Georgia native Dr. Crystal A. Champion, PT, DPT, CLT-ALM, Cert. DN, is a Physical Therapist and a Certified Lymphedema Therapist. She has 12 years of experience in the healthcare industry. Upon graduating from Greene-Taliaferro Comprehensive High School in Greensboro, Georgia in 2000 as Valedictorian, Dr. Champion attended Georgia College & State University in Milledgeville, Georgia where she graduated Cum Laude and obtained a Bachelor of Science Degree in Health Education with a Concentration in Exercise Science in 2004. She was also initiated into Alpha Kappa Alpha Sorority, Inc in which she remains an active member in the Upsilon Alpha Omega Chapter in Gwinnett County, Georgia. Dr. Champion attended the Medical College of Georgia where she obtained a Master of Physical Therapy degree in 2006 and a Doctor of Physical Therapy Degree in 2008.

Dr. Champion has served on various committees to include the Cancer Committee, Oncology Continuous Quality Improvement Team, Unit Practice Council, and the Palliative Care Team. She has also served as a host committee member for an Atlanta signature fundraiser, Jeffrey Fashion Cares, which supports Susan G. Komen Atlanta and the Atlanta AIDS Fund. In her career, she has received accolades to include the Innovators Award for Quality/Patient Safety, a Clinical Excellence Award, and was nominated for the American Health Council Best In Patient Care Award. She is also an American Physical Therapy Association Credentialed Clinical Instructor in which she facilitates clinical experiences for students in Doctor of Physical Therapy programs.

Dr. Champion has a special interest in oncology rehabilitation and was instrumental in developing the oncology rehabilitation program as well as the outpatient lymphedema treatment program for a major hospital system in Atlanta, Georgia. She obtained her certification as a Lymphedema Therapist from the Academy of Lymphatic Studies and most recently became certified in Advanced Lymphedema Management. She is also certified in Dry Needling through the Spinal Manipulation Institute. She has lectured to breast surgery fellows at Winship Cancer Institute of Emory and participates in various community events to spread awareness about cancer survivorship.

Dr. Champion has had family and friends that have been affected by cancer and have endured horrible side-effects, leading to decline in physical functioning and a poor quality of life. Her passion for providing quality care for patients who require cancer rehabilitation and lymphedema therapy led her to start her own practice, Eminence Physical Therapy, LLC. Also, in her experience as a healthcare practitioner, she saw the need to serve cancer patients on a larger scale and encourage patients take a more holistic approach to restoring their psychological well-being, physical functioning, and quality of life as often the physical, psychological, spiritual, and emotional impairments resulting from cancer treatment are often not addressed or are improperly addressed.

This led her to establish Champions Can! Foundation for Cancer Wellness, Inc., a 501 (c)(3) nonprofit organization that promotes and advocates for cancer survivorship. She is also a published author of the book “The Elements of Cancer Survivorship: A Guide to Navigating the Journey” which is available on Amazon and aims to guide individuals and their families through their cancer journey. Dr. Champion has gained more awareness surrounding the gaps in education regarding lymphedema treatment, cancer rehabilitation, as well as the limited focus on cancer survivorship once cancer treatment has been completed. Her company strives to be the leader in providing high quality care for lymphedema treatment as well as for cancer rehabilitation.

As President and CEO of the Georgia Center for Nonprofits since 1998, Karen Beavor has led GCN’s growth into a leading state association empowering nonprofits through education, advocacy, research, consulting and business support services. The GAgives movement is led by GCN in collaboration with a statewide coalition of supporters and volunteers.

Karen has served as a board member or advisory board member of a variety of civic and nonprofit organizations including the Unemployment Services Trust; National Nonprofit Risk Management Center; and The Foundation Center–Atlanta. Karen has received the Martin Luther King Leadership award and the Harvard Business School Club of Atlanta’s Community Leader Award. She is a member of the 2000 class of Leadership Atlanta and 2003 Coca-Cola Diversity Leadership Academy,and a graduate of Agnes Scott College.

Topics and Questions in This Interview